SECONDS TO LIVE by Susan Sleeman, Reviewed by Trixi Oberembt 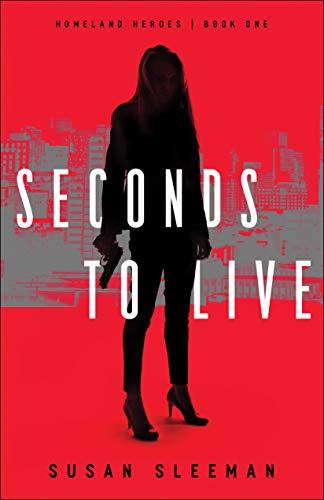 “One Mistake. That was all it took to put Dustee’s life on the line—death right on her heels.”

And that right there is the explosive start of another stellar suspense written by Susan Sleeman! Someone hacked the Witness Protection database or WITSEC and now lives are at stake. FBI Sean Nicols and US Marshal Taylor Mills must put their skills to the test protecting Dustee while trying to bring down a criminal name Phantom, who has eluded law enforcement every step of the way.

One thing I can say for Sleeman, she never lets go of the reader once she hooks you with that first page! The pace rarely lets up and just when you think everyone is safe—bam!—she writes another twist into the plot. I also love the team effort of everyone involved—fellow FBI agent Kiley Dawson, Deputy U.S. Marshal Mack Jordan, and FBI Analyst Cameron Linn. I truly admire this team’s skills, personalities, and how much of themselves they put in to catch a criminal and protect a witness.

Sleeman is one of the best at pulling differing characters together seamlessly! The push pull romance between Sean and Taylor adds an angsty layer of tension upping the suspense. Both were burnt in love, had rough childhoods and are wary of trusting another person, thus putting a wall up between them. Something God loves to tear down in lives!

“We have the same problem, you and I. We can’t trust ourselves, because we can’t trust others or God. We spout the words. Go through the motions. But actually trusting? Naw, we don’t succeed.”

I love seeing how everything culminates at the end as they bring down the Phantom, work out trust issues and once again rely on the Lord to get through every day. I can’t wait to read the next books where I hope we get each of the team members’ stories. Especially Mack, he fascinates me with his big personality to go with his big Texas drawl…getting him to open up will test Sleeman’s writing skills I think!
*I received a complimentary copy from Bethany House on behalf of the author and was under no obligation to leave a favorable review. All opinions stated are my own. *

BackCover Blurb:
When cybercriminals hack into the US Marshals' Witness Protection database and auction off witnesses' personal details to the highest bidders, the RED Team led by FBI Agent Sean Nichols begins a high-stakes chase to find the hacker. But before he can even get started, the first witness is targeted and barely escapes with her life. Sean believes Phantom, an obsessed hacker who previously outwitted the top minds in the field, is behind the attack, and Sean needs this witness's help, as she's the person who has come closest to discovering Phantom's identity.

Trouble is, she's a witness under the care of US Marshal Taylor Mills, and Sean is reluctant to work with the captivating marshal who knows his deepest secrets. But Phantom claims he knows where the witness is hiding and will kill her, so to stop the hacker, Sean and Taylor must work through their personal pain and learn to trust each other. . . . The seconds are ticking down before someone dies.