All five of the Nosy Parker stories are on sale as ebooks - for only 99cents each. Sleuth along with our heroines!

Inspired by the famous Girl Detective, the members of the Olentangy Heights Girls' Detective Society, affectionately known as the Nosy Parkers, spent their formative years studying criminology, codes, and capers. Unfortunately, opportunities to put their unique skills to work were thin on the ground in the post-war boom of their little corner of suburbia and they eventually grew up to pursue more sensible careers. Until... 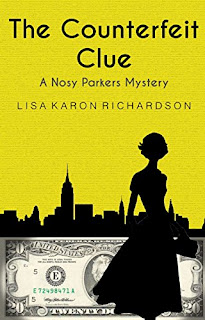 Gemma Gaines gave up mystery solving years ago, but when friend is killed in a hit-and-run, all the instincts honed by years in the Olentangy Heights Girls’ Detective Society tell her this may not have been an accident. Then she finds that her friend slipped some cryptic notes into her handbag and she’s convinced murder has been done.

With the doggedness of the great Girl Detective herself, Gemma follows up on the clues. Real-life mystery solving isn’t as tidy as it is in novels though, and before she knows it, her roommate has been kidnapped and it’s all her fault. With the help of a handsome new neighbor – who may be more than he seems – she is soon on the trail of a counterfeiting ring that would like nothing more than to see her put out of circulation for good. 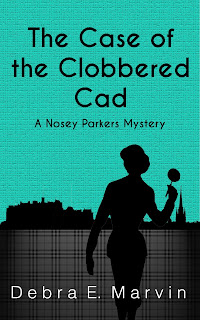 #2  The Case of the Clobbered Cad by Debra E. Marvin:

Heather Munro’s youthful devotion to The Girl Detective led to a passion for digging around in history. Now pursuing her Master's Degree in Celtic Studies, Heather must balance exploring Edinburgh with her determination to excel in her all–male classes at the University. Unfortunately, on her first night working in the Archives room, she discovers the dead body of a visiting professor, the same would-be lothario she’d hoped never to see again.

As clues come to light, it’s clear someone hopes to frame Heather for the murder. Besides her quirky landlady, whom can she trust? How can she clear her name? The police and the American Consul have plenty of suspects, but only two seem to have both motive and opportunity: Heather and the quiet Scottish historian she longs to trust. 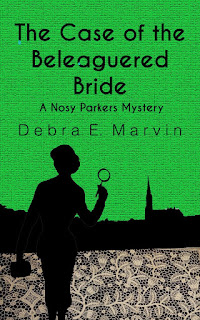 #3  The Case of the Beleaguered Bride by Debra E. Marvin:

After enduring an unexpected test to her sleuthing skills in Edinburgh, American Heather Munro looks forward to attending a restful family wedding in County Cork, Ireland. But delight turns to dilemma when the bride’s ex-fiancé shows up pleading for a second chance…then dies under mysterious circumstances.

Heather’s travel itinerary didn’t include snooping through family secrets or being caught up in international politics, but she can’t stand by when a rush to judgment points the blame at an innocent man and derails the upcoming nuptials. An outsider in the stunning harbor town of Cobh, Heather’s determined search for answers is thwarted at every turn. But Heather has never been one to give up, and she’ll do all she can to get the wedding back on track and the murderer behind bars before he or she strikes again. Even at the risk of her own life. 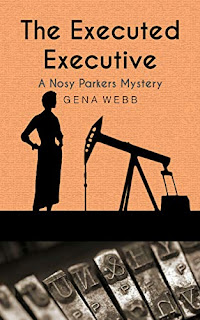 #4 The Executed Executive by Gena Webb:

Mary Wright is living a predictable life as a secretary in San Antonio, Texas. But when her boss is murdered, Mary goes into full-blown Girl Detective mode. A chance encounter with a charming private investigator gives her hope that she can solve the case even if the police can’t. If not, she’s in trouble, because the killer seems to have set his sights on her. 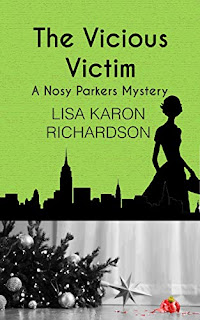 New York City, 1954 With skill and imagination, Gemma Gaines has landed a job writing radio dramas for Consolidated Broadcasting Company at the famous Rockefeller Center building. But Gemma’s worried her imagination might have gotten the best of her when she thinks she hears a behind-the-scenes murder. Later, when her boss is found dead in his apartment, she can’t keep herself from working on the case. With the help of Erik, her Secret Service boyfriend, she gathers clues and compiles a complex cast of questionable characters, until the real-life drama reaches a finale that no one saw coming.