THINGS WE DIDN'T SAY by Amy Lynn Green, Reviewed by Kim and Winnie 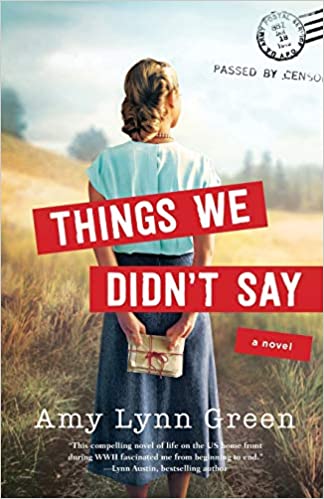 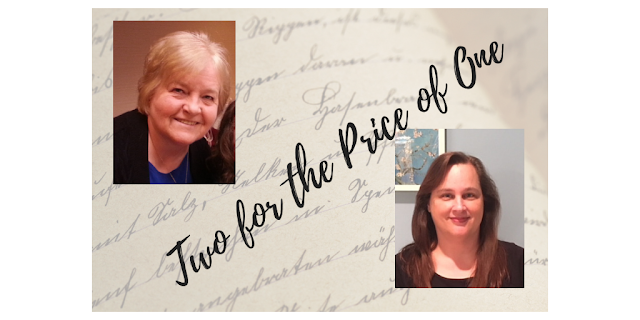 KIM'S REVIEW:
I cannot believe that Things We Didn’t Say is Amy Green’s debut novel! I was sucked in from the very first letter! Normally dialogue is my favorite part of a story, but somehow I didn’t miss it at all! Through many letters, this wonderful story came to life as did our characters personalities and their stories. I normally steer clear of WWII stories because they can be too heavy and depressing, but somehow Ms. Green managed to keep this story light even with such heavy subject matter.

I loved everything about Peter and his letters to Jo. Jo, while sometimes prickly, which is one of my pet peeves, was really a kind hearted person and I actually loved her spunk and how she stood up for herself and others. I also enjoyed the pops of humor in their letters to each other as well as Jo’s letters to various people that were never sent. While the romance was subtle, it was done so well, that I ended up really enjoying it.

I am a fan of Amy Green and can’t wait for her next story!
*I received a complimentary copy of this book. All opinions are my own. The faith element is light.

WINNIE'S REVIEW:
Set in Minnesota in 1944-45 and told entirely through letters, documents, and telegrams, Amy Lynn Green’s debut novel is a fascinating look at a slice of history that I knew little about. When a German POW camp is set up near her hometown, Johanna Berglund is recruited from her university studies in linguistics to work as a translator there, although that doesn’t fit in with her life plans. She is a determined, capable, and outspoken young woman who makes the best of it and tries to help the prisoners. Her friend, Peter Ito, is a military language instructor who encourages and supports her. Their letters are amusing and add a touch of fun and amusement to the story. I loved Johanna’s wit and dry sense of humor. The author is a master at creating colorful, realistic characters whose personalities are displayed through the letters of the story.

Although it took me a few pages to get accustomed to the epistolary style of the book, I soon got used to it and enjoyed the novelty of it. It’s a beautifully done and very memorable book. I’m looking forward to more from this talented author.
*I voluntarily reviewed a complimentary copy from Bethany House Publishers through NetGalley. All opinions are my own.

BackCover Blurb:
Headstrong Johanna Berglund, a linguistics student at the University of Minnesota, has very definite plans for her future . . . plans that do not include returning to her hometown and the secrets and heartaches she left behind there. But the US Army wants her to work as a translator at a nearby camp for German POWs.

Johanna arrives to find the once-sleepy town exploding with hostility. Most patriotic citizens want nothing to do with German soldiers laboring in their fields, and they're not afraid to criticize those who work at the camp as well. When Johanna describes the trouble to her friend Peter Ito, a language instructor at a school for military intelligence officers, he encourages her to give the town that rejected her a second chance.

As Johanna interacts with the men of the camp and censors their letters home, she begins to see the prisoners in a more sympathetic light. But advocating for better treatment makes her enemies in the community, especially when charismatic German spokesman Stefan Werner begins to show interest in Johanna and her work. The longer Johanna wages her home-front battle, the more the lines between compassion and treason become blurred--and it's no longer clear whom she can trust.
Bethany House Publishers, November 2020
Available in digital ebook, paperback, hardcover and audiobook:
Buy Things We Didn't Say at Amazon
Buy Things We Didn't Say at Christianbook.com
NetworkedBlogs