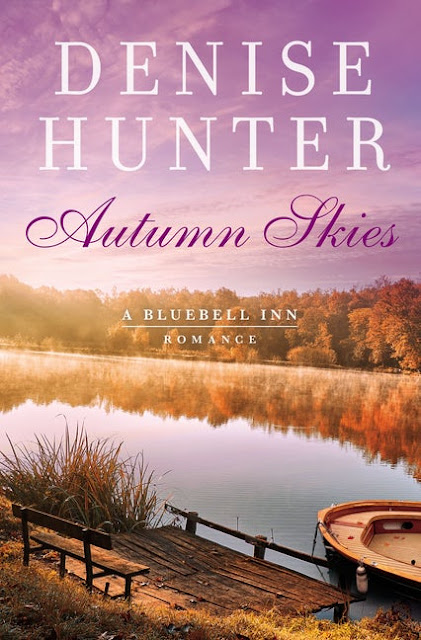 "Those dark eyes, so serious and observant. Did he make everyone feel like an ant under a microscope?"

When Secret Service agent Wyatt Jennings arrives at the Bluebell Inn for some agency imposed rest and relaxation, he immediately catches Grace Bennett's attention. My goodness, he would catch anyone's attention. Dark eyes, dark hair, . . . . . .. well, quite honestly dark never looked so good. He's a man of few words, but the words he does use are direct and to the point, and admittedly Wyatt needs Grace's help. There are raging nightmares inside of him that demand to be tamed, so going back to where it all began seemed like the right thing to do, he just never anticipated meeting someone like dear, sweet, beautiful Grace.

Grace Bennett's life is about to undergo tremendous change, she and her siblings are finally positioned to sell their beloved childhood home, the Bluebell Inn. Her sister is happily married, her brother's wedding is in a matter of weeks and Grace is poised to achieve her dream of owning and operating her own outfitters business. Then came Wyatt. Determined to help him locate a certain remote camp site near the Inn, that destination takes them far beyond anything that a map could provide.

One of the sweetest romances that this author has ever written, Autumn Skies tenderly clutches the hopes and hearts of two guilt-ridden souls between its pages; the chemistry between Wyatt and Grace is pulsating and palpable, and their tentative , wobbly steps towards each other are absolutely endearing. The book was such a pleasure to read for the first time, and will be enjoyed many times hereafter.
*I purchased the book and was under no obligation to provide a positive review.
See Nicole's Review!
See Kim's Review!
BackCover Blurb:
From the bestselling author of The Convenient Groom and A December Bride (now beloved Hallmark Original movies) comes the third and final novel in the Bluebell Inn series!
When a mysterious man turns up at Grace’s family-run inn, it’s instant attraction. But she’s already got a lot on her plate: running the Bluebell Inn, getting Blue Ridge Outfitters off the ground, and coping with a childhood event she’d thought was long past.
A gunshot wound has resurrected the past for secret service agent Wyatt Jennings, and a mandatory leave of absence lands him in Bluebell, North Carolina. There he must try and come to grips with the crisis that altered his life forever.
Grace needs experience for her new outfitters business, so when Wyatt needs a mountain guide, she’s more than happy to step up to the plate. As their journey progresses, Grace soon has an elusive Wyatt opening up, and Wyatt is unwittingly drawn to Grace’s fresh outlook and sense of humor.
There’s no doubt the two have formed a special bond, but will Wyatt’s secrets bring Grace’s world crashing down? Or will those secrets end up healing them both?
Thomas Nelson Publisher, October 2020
Available in digital ebook, paperback, and audiobook:
Buy Autumn Skies at Amazon
Buy Autumn Skies at Christianbook.com
Posted by Debra E. Marvin at December 05, 2020