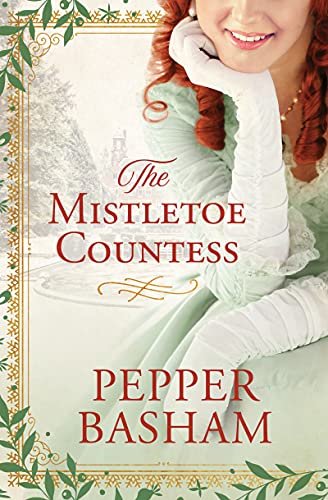 "Love his world and win his heart."

"Oh, to win her husband's heart! Wouldn't that be a lovely adventure?"; and since "adventure" was practically Gracelynn Ferguson Percy's imaginary middle name, she was certainly well on her way . . .  from America to England, as a matter of fact . . . where a grumpy dowager mother and a deteriorating estate might possibly play havoc with her sunny disposition. Never fear, she had Frederick! Her handsome, winsome, wounded warrior of a husband . . . whose kisses could coax out the sunshine on the cloudiest of days, and since Grace was very fond of those kisses, what could go wrong? Apparently, everything.

To render this novel as enjoyable would be a vast understatement; it's absolutely delightful from beginning to end with its abundance of banter and plentiful wit. Even when faced with insurmountable odds, Grace and Frederick rise to the occasion, conquering their newlywed spats with heartfelt apologies and more of those . . .  amazing kisses,  proving that God knew exactly what He was doing when the wrong bride met the right husband at the altar.

"How God could take two people's very different stories and combine them to create an entirely new tale was rather remarkable. Instead of his story or her story, it had become their story . . . "

And "their" story is one that I will relish reading over and over and over again!
*I purchased this book and was under no obligation to provide a positive review.
SEE PAULA'S and WINNIE'S REVIEWS: