Victoria and All Her Charms

Before we go any further, you should know I’m not speaking about Victoria the Queen. Rather, Victoria the city on an island in British Columbia.

If you’ve never had the opportunity to visit this one-of-a-kind sparkling little gem of a city, you simply must. 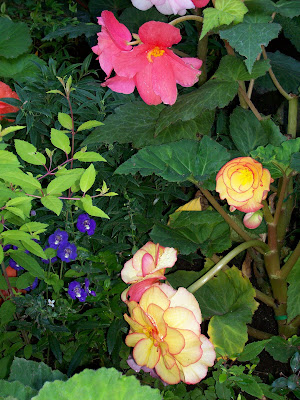 Named for the queen herself, Victoria was actually first home to the Coast Salish native people. Over a hundred-and-sixty years after it evolved from Fort Victoria, the city still retains its charm.

Like most tourist destinations, Victoria has tourist activities. The wax museum features members of the royal family, including all of Henry the VIII’s wives. It’s the coolest wax museum I’ve ever been in. The first time I visited, Diana wasn’t there. But two summers ago, I was happily surprised to see Diana and her young princes as part of the exhibit.

When my husband and I went to Victoria on our honeymoon, he discovered Miniature World, a museum with miniature scenes from history. Great fun!

A couple of years ago, when I went with my friend, Diane, we toured a Scottish castle called Craigdarroch, which was built by Robert Dunsmuir in 1887. The woodwork in this Victorian masterpiece is stunning. The staircase that winds all the way up to the top of the castle is a work of art and features incredible stained glass windows and an amazing view of the San Juan Islands. The stories you learn as you roam the castle are inspiring. Because my pictures can’t do it justice, I’ve included a link so you can see for yourself. Click here for pictures of Craigdarroch Castle.

On my first trip to Victoria, I came across an out of the way little courtyard where I relaxed at an antique table with pastries and cup of Earl Grey tea. Its charm was something I never forgot, and on both of my return trips I searched for it. Unfortunately, I never did find it again.

A place that shouldn’t be missed is the Empress Hotel. The ivy covered hotel, built in 1904, is a tourist favorite that has hosted royalty and movie stars alike. But in my opinion, the most alluring draw for tourists simply has to be the English-style high tea that is served every afternoon. 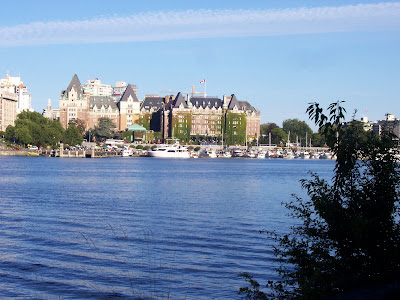 Across from the Empress is another must-see, the Provincial Museum. The exhibits include lessons in the geography of the island as well as the historical native culture. Across from the museum are the Parliament Buildings where my husband saw Queen Elizabeth when he was a kid on a school field trip.

If you’re lucky enough to stay on the harbor, you can spend a lazy day watching seaplanes take off and land, tourists head out for whale watching trips, and giant ferries as they bring tourists to town. An extra treat on the harbor is a dock that leads out to the most adorable boat houses I’ve ever seen. 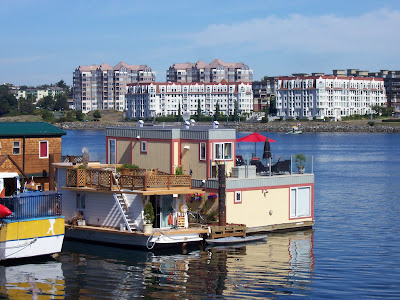 On a personal note, I’ll choose to stay on the harbor instead of a Bed & Breakfast. On my last trip to Victoria, my friend Diane and I stayed our first night at a B&B. Um, I can’t really say it was the quaint and charming experience I expected. Instead, it was strange and uncomfortable, and I don’t ever plan to stay at one again. B&Bs might work for some people, but not for me.

Your trip won’t be complete until you visit the one of a kind Butchart Gardens. A gardener’s dream. I’m not a gardener, know next to nothing about flowers, but I felt like I found my way to heaven. Acres upon acres of beauty can only be described as amazing, breathtaking, fabulous. If you’re lucky enough to make it to Victoria, but don’t see the gardens, you truly will have missed out on the experience of a lifetime. 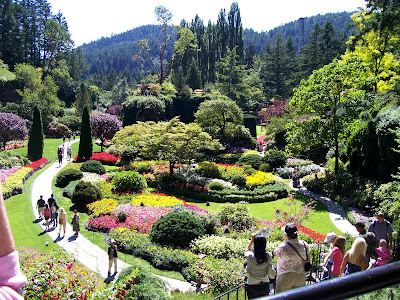 The small city named after a queen is a city fit for a queen.
So what are you waiting for? Bring out your inner queen. Head up to Victoria and enjoy high tea, a Scottish castle, and the most magnificent gardens you’ll ever see.