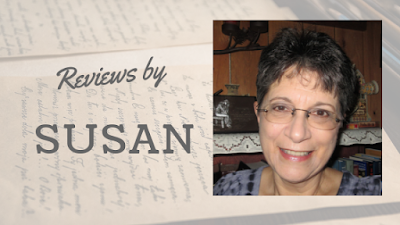 'You are the worst murderer ever.'
If you like cozy mysteries and comedy, look no further! This was just the most delightful book and I loved it all the way through. 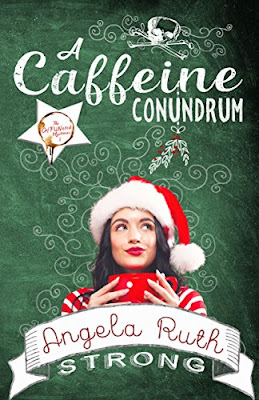 Marissa Alexander is in her small town hoping to buy an antique shop and turn it into a tea room. At the same time, city girl Tandy Brandt shows up hoping to buy the same shop for a coffee house. As they are sitting with the owner, about to go into a bidding war, the owner falls dead. As a doornail. And it's murder. Well, what do they do now? Both are suspected at once, but then they decided, against all odds, to team up together and try to solve the murder. What an oddly matched pair of detectives. And what an even more odd round up of suspects! I never did guess the culprit! And there is a bit of romance here, too, from two old flames.
Angela Ruth Strong has hit a home run with this one. I loved the banter between these two, the dry humor. Marissa and Tandy are completely opposite, yet they work as a crime solving duo. I look forward to the next book in the series.
*My thanks to the author for a preview copy of this book. The opinion stated here is entirely my own.

BackCover Blurb:
Solving a murder mystery is harder when you don't trust your partner...or their taste in beverages.

Sassy city girl Tandy Brandt moves to the small town of Grace Springs to start a coffee shop, never imagining she'll be competing with local beauty queen Marissa Alexander and her dream of running a tea house. Unfortunately, the current store owner dies before selling the location to either of them, and they both become murder suspects.

The unlikely pair team up in an attempt to discover the real killer, though with the secrets in Tandy's past and Marissa's infamous clumsiness, they could be their own worst enemies. Despite their differences, they follow clues to question a sweet, apple pie baking antique store owner, a GQ Santa in the retirement center, and a hipster millionaire with no social skills. Will they be able to figure out whodunit and prove their innocence before one of them goes to jail...or worse?