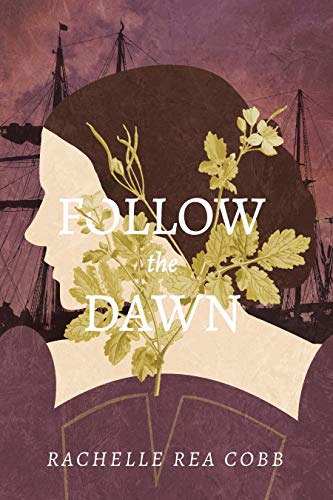 This was a gorgeous novel of Elizabethan England. It takes place in castles and a Dutch sea-beggar ship called Rich Soul.

Quote: "Dawn reached pink and rusty gold hues into the blackened sky as I watched. The blackness lightened until the promise of mercy’s light shone and prophesied a beautiful sunrise.”

Ms. Cobb has captured the flavor of the time through beautiful prose.

She has captured my heart as well with her timid, stuttering heroine, Lady Anna Emory. Anna longs to be loved by her widowed father but she flees because he wants to marry her off. She steals away at night to join her sister who resides at Godfrey Estate, where she feels more at home with the children there than the adults. She befriends Titus Tudder, an eight year old ward of Lord Dirk.

Dutch Captain Matheu Tudder has lost the war with Spain and limps to Godfrey Estate in England where he has left his son, Titus, for protection. Widowed Tudder has a longing, too. He wants to re-connect with his son after a two year absence.

This story is so much more than a sweet, budding romance between Anna and Tudder; It is a personal account of how the Reformation affected families in England. And it shows how strong a faith the characters have.

For a more complete back story, this author has written several books containing the story of Margried, sister of Anna, her friend Gwyneth and the band of friends Dirk, Ian, Cade and Tudder.

If you like Medieval settings with a great love story, this book is for you.
*I received a complimentary ecopy of this book from the author. I was not required to give a favorable review. All opinions are my own.*

BackCover Blurb:
Anna Emory grew up the invisible, shy younger sister, and she prefers it that way. But when her father attempts to arrange an unsavory marriage, Anna learns that courage is sometimes found in adversity. Then she meets a boy and his father struggling in their relationship, and they tip her quiet world upside down.

Captain Mathieu Tudder has run from responsibility, entrusting his young son’s care to another and devoting his Sea Beggar ship to the Dutch Revolution. After that cause fails, Tudder returns to England for the son he left behind. But his son seems to have given his heart to a unknown and quiet lady—a woman who reminds him of all he’s ever loved and lost.

Will these two hearts—the battle-scarred and the broken—ever find true freedom?

Available in digital ebook and paperback:
Buy Follow the Dawn at Amazon
Posted by Debra E. Marvin at March 06, 2020