THE TRAITOR'S PAWN by Lisa Harris, Reviewed by Paula Shreckhise 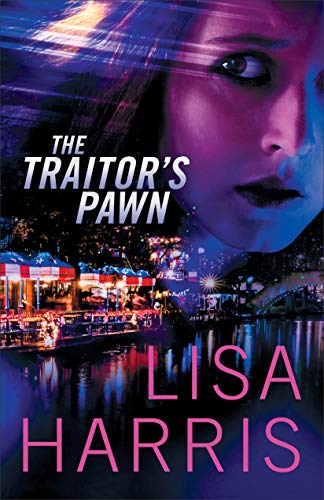 Aubrey Grayson is a good cop. She is shocked to find evidence that her estranged father could be a traitor and she is unwittingly involved. While duck hunting with former Senator, Grant McKenna, they come under fire. He is shot and she is kidnapped. Lots of intrigue as FBI agent and long time best friend of Aubrey, Jack Shannon, tries to put the pieces together.

The action rarely lets up.

Bree and Jack share a solid faith. Even though they have questions about how things are playing out with her father, they know God is in charge.

Bree: “I cannot put my ultimate hope in people or circumstances. I can only put it in God, because he is always faithful.”

Not only do Bree and Jack share faith, they have a long friendship behind them. And even though it has been interrupted for a while, they might take it to another level.
Come along for a unique story of suspense, faith and some self-searching.
*I received a complimentary copy of this book from Revell on behalf of the author. I was not required to give a favorable review. All opinions are my own.*

BackCover Blurb:
When FBI agent Jack Shannon arrives in Corpus Christi, Texas, he is focused on one thing: find the man who has been selling encrypted government secrets to the Chinese through online birding chat rooms. But when a senator is shot during a hunting trip and the woman he was with is abducted, Jack agrees to join the search--especially when he discovers that the kidnapping victim is Aubrey Grayson, a woman he was once in love with.

As the search continues, it becomes clear the senator may not have been the intended victim--and Aubrey may be connected to the other case Jack is supposed to be working on. Can Jack untangle the knots before it's too late? And when he learns the truth, will it be too painful to get past?

Join the hunt for the truth--and a traitor--in this tension-laden story of secrets, betrayal, and second chances.