THE RUNAWAY BRIDE by Jody Hedlund, Reviewed by Winnie, Paula and Kim 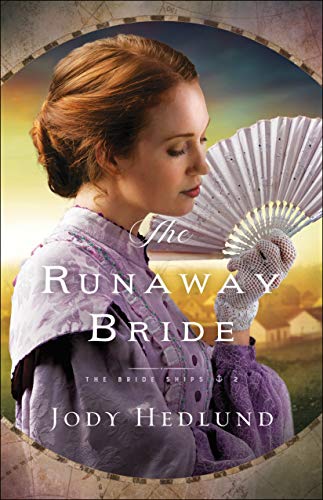 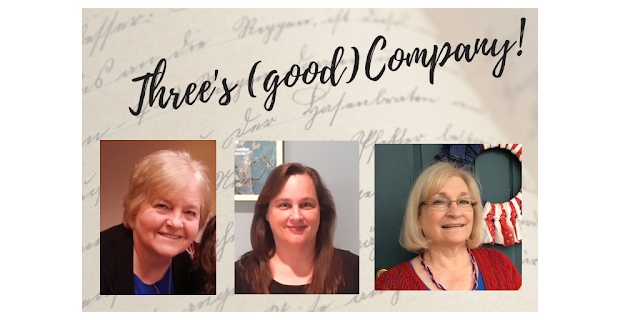 WINNIE'S REVIEW:
I can always count on Jody Hedlund for a beautifully written story filled with colorful, realistically flawed characters that come alive on the page. The Runaway Bride is no exception. Set in British Columbia in 1862, this tale is rich with the history of the British Bride Ships that carried women from Great Britain bound for marriage to the plentiful men living in Victoria. Arabella Lawrence finds herself with two very different suitors from contrasting walks of life. Lt. Drummond is a gentleman who is esteemed in society, while Peter Kelly is a baker who has built up a good business in the community. I absolutely adored Peter. His personality, confidence, and wit are so attractive and add much color to the story. I loved his compassion, courage, and the way he stood up for the underprivileged, and especially the native Americans. The relationship between Arabella and Peter was charming and fun and I enjoyed seeing it grow and develop.

Hedlund is a master at weaving uplifting messages into her stories. Themes of hope, optimism, courage, faith, and forgiveness are predominant in this tale and give it added dimension and depth. I’m always interested in the historical aspects of this author’s books, as it’s apparent that much research has gone into the writing of the stories. I would recommend this to those who enjoy historical romance. 4.5 stars
*I voluntarily reviewed a complimentary copy from Bethany House Publishers/NetGalley. All opinions are my own.

KIM'S REVIEW:
The Runaway Bride is book 2 in The Bride Ships series by Jody Hedlund. Although we were introduced to Arabella Lawrence in book 1, A Reluctant Bride, this story can be read as a stand-a-lone.

When we “met” Arabella in A Reluctant Bride, we did not know much about her. All we really knew was that she was on the bride ship for some reason and that she had some interesting scars. In this book, we not only learn about her past, we also get a wonderful love story. I loved Arabella’s growth throughout her story as it felt very realistic.

There are so many good characters in this book, including some great secondary characters. But my favorite character, by far, is Peter. He is arrogantly confident, but somehow loveable at the same time. I think it’s his heart and sense of humor that really drew me to his character. He is the perfect match for Arabella no matter how hard she fights it!

I am really liking this series! There is so much actual history that influences the storylines and the setting is not one I’ve read often. Once you start reading this story, you don’t want to stop.
*I received a complimentary copy of this book. All opinions are my own.

PAULA'S REVIEW:
I so appreciate every book I have read by Jody Hedlund. She writes from impeccable research and infuses heart into her stories.

Arabella Lawrence has fled a bad match in England so she has to carefully consider the two men who become her suitors when she lands in Victoria, British Columbia. Will Lt. Drummond sway her with his position in society or will Baker Peter Kelly charm her with his caring heart?

Ms. Hedlund takes us on a journey to Vancouver Island in 1862 to a place where men abound and marriageable women are scarce. It was interesting to find out that England had lost a great amount of eligible men to emigration and war and therefore women were in abundance. The author also gives us insight into the way Canada handled interactions with the native population and the smallpox epidemic.

We see Arabella start to break free from the stigma of her circumstances and look into the characters of her suitors. We also see how Pete relies on God and grows in his faith to overcome past temptations.

Ms. Hedlund tells a believable story and engages us in Arabella and Pete’s plight with a good dose of faith, a little humor and some very romantic scenes.

I enjoyed this book about an upperclass English woman seeking a new life in a new land.
*I received a complimentary copy of this book from Bethany House on behalf of the author. I was not required to give a favorable review. All opinions are my own.*

BackCover Blurb:
Wealthy Arabella Lawrence flees to British Columbia on a bride ship still wearing the scars of past mistakes. One of the few single women in the boomtown, she immediately has suitors, but she is determined not to find herself trapped again by a poor choice.

Vying for her hand are two very different men. Lieutenant Richard Drummond is a gentleman in the Navy and is held in high esteem. Peter Kelly is the town's baker and has worked hard to build a thriving business. He and Drummond not only compete for Arabella's affections, but clash over their views of how the natives should be treated in the midst of a smallpox outbreak.

As Arabella begins to overcome her fears, she discovers someone in dire need--a starving girl abandoned by her tribe. Intent on helping the girl, Arabella leans on Peter's advice and guidance. Will she have the wisdom to make the right decision or will seeking what's right cost both her and Peter everything?