UNDER MOONLIT SKIES by Cynthia Roemer, Reviewed by Paula Shreckhise 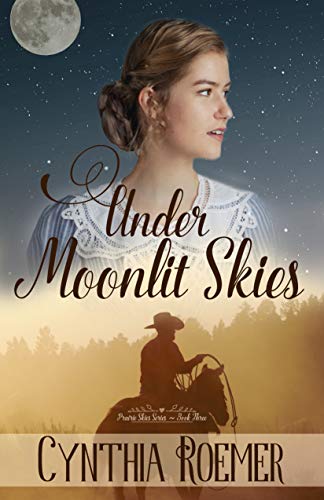 Book three of the Prairie Skies series takes us back to the Illinois Prairie. It’s like coming home. I am from Illinois, so it was enjoyable to go back to my roots. 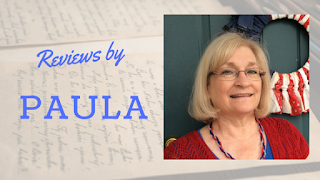 This was realistic foray into an almost wilderness, where life was a tough existence but also rewarding.

Esther has come back to Miller Creek because her sister, Charlotte, is having a baby. Esther has spent a few years with her mother in Cincinnati but feels like she has come home.

An old friend of Chad Avery, from book two, rides in and is an answer to prayer. Chad and Charlotte hire Stewart to help around the farm. Will things spark with Stew and Esther before Esther must return to the city?

An enjoyable story with a few surprises but lessons learned along the way. God gets a hold of hearts and uses the characters in surprising ways.

This was a fantastic wrap up of the Prairie Skies series. Be sure to read each book for a great story. I give this book 5 stars.
*A complimentary copy of this book was provided by the author through Interviews and Reviews. I was not required to give a favorable review. All opinions are my own.*

BackCover Blurb:
Her life was planned out ~ until he rode in ~

After four long years away, Esther Stanton returns to the prairie to care for her sister Charlotte’s family following the birth of her second child. The month-long stay seems much too short as Esther becomes acquainted with her brother-in-law’s new ranch hand, Stewart Brant. When obligations compel her to return to Cincinnati and to the man her overbearing mother intends her to wed, she loses hope of ever knowing true happiness.

Still reeling from a hurtful relationship, Stew is reluctant to open his heart to Esther. But when he faces a life-threatening injury with Esther tending him, their bond deepens. Heartbroken when she leaves, he sets out after her and inadvertently stumbles across an illegal slave-trade operation, the knowledge of which puts him, as well as Esther and her family, in jeopardy.

Available in digital ebook and paperback:
Buy Under Moonlit Skies at Amazon