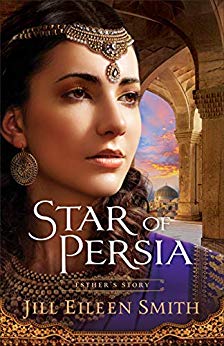 Who knows if perhaps you were made queen for just such a time as this?”

Award-winning author Jill Eileen Smith’s latest biblical fiction novel, Star of Persia: Esther’s Story, is a fascinating look into the life of the beautiful Queen Esther, whose favor with King Xerxes is put to the ultimate test as she risks her life to save her people from death. Jill Eileen Smith is a master at bringing Scripture to life and authentically filling in the details, which encourages her readers to dig deeper into the Bible and discover more about the word of God.

The story of Esther has been retold many times in biblical fiction, but Jill Eileen Smith’s account is by far my favorite. She used Scripture along with details from secular history in writing Star of Persia, as several of the individuals from the Book of Esther in the Old Testament are also historical figures.

Jill Eileen Smith is my go-to-author for biblical fiction, and she consistently shares the incredible stories of women from the Old Testament in such a powerful way that has me pulling out my Bible and wanting to read more of the Scripture. In Star of Persia, Jill Eileen Smith also shares the message that even in his silence, God is always watching and willing to guide us. Star of Persia is highly recommended for readers of biblical fiction and historical fiction.

“Take good care of her. She is one who could come to great favor or great harm for her beauty.” *I received a complimentary copy of this book by Revell and was not required to write a positive review. All opinions expressed are mine.

Back Cover Blurb:
Love. Duty. Fear. Courage. In the court of the king, which will prevail?

In an effort to complete a war his father had planned to win, King Xerxes calls every governor, satrap, and official in his vast kingdom to his palace in Susa to strategize and feast. When they finally leave, he decides on one more week of frivolity, which ends in the banishment of his favorite wife, something he never intended to do. But when he discovers Esther, Xerxes is sure he has a second chance at happiness.

In her wildest dreams, Esther could never have imagined that she would end up as queen of Persia. Yet she knows better than to become complacent. Another of Xerxes's wives is vying for position, and his closest advisor has a deep and dangerous grudge against Esther's adoptive father. Caught in the middle of palace politics, Esther will find herself in an impossible position: risk her life or consign her people to annihilation.

With her impeccable research and her imaginative flair, Jill Eileen Smith brings to life the romantic, suspenseful, and beloved story of Esther, queen of Persia. 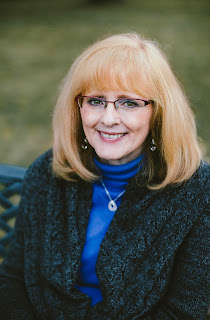 Author Bio:
Jill Eileen Smith is the bestselling and award-winning author of the biblical fiction series The Wives of King David, Wives of the Patriarchs, and Daughters of the Promised Land, as well as the nonfiction book When Life Doesn't Match Your Dreams. Her research into the lives of biblical women has taken her from the Bible to Israel, and she particularly enjoys learning how women lived in Old Testament times. Jill lives with her family in southeast Michigan. Learn more at www.jilleileensmith.com.