I covet the gift of hospitality. The ability to tangibly meet natural needs for food, clothing, and shelter in such a way that the person or persons being served feel honored and valued. And to do it without looking like you're trying, that's really a gift!

Hospitality has never been a strength for me. I'm too introverted, too self-conscious, and maybe just plain too selfish to be good at it. If I have overnight guests, I don't sleep. If people come over for supper, I freak out before they arrive and collapse in exhaustion when they leave. 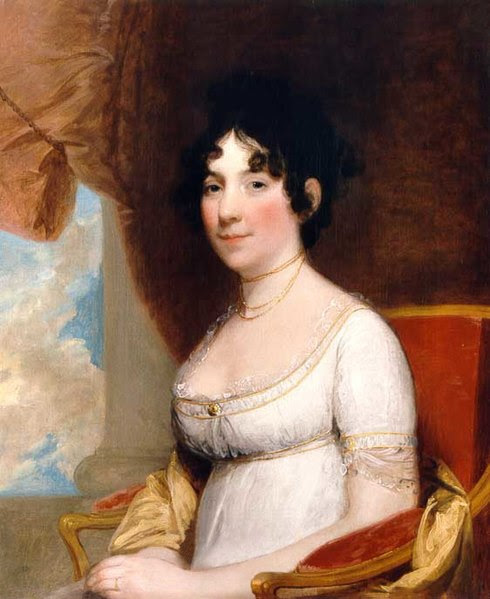 So when I read about First Lady Dolley Madison, I'm especially awed by the way she took a "woman's gift," one that's often overlooked or ignored, and used it to make a mark on history.

Born to settlers John and Mary Payne in North Carolina on May 20, 1768, Dolley Payne grew up under the strict discipline of the Society of Friends, also known as the Quakers. As was the norm for women in that era, she received no formal education. In 1790 she married John Todd, Jr., a Philadelphia lawyer and fellow Quaker.

By this time in the nation's history, Philadelphia was operating as the nation's capitol, and Dolley became involved in various social functions. It's as though she found her niche, her place, in the process of entertaining. After the untimely death of her husband and one young son to yellow fever in 1893, she continued to participate in the social functions of Philadelphia.

At one of these events, family friend and New York senator Aaron Burr introduced Dolley to the man credited as "the architect of the Constitution," Representative James Madison of Virginia. Madison was 43, Dolley was 26. The couple were soon engaged, and exchanged vows in 1794. Because Madison was an Episcopalian, Dolley was ostracized from the church of her childhood for marrying outside her denomination. She became an Episcopalian like her husband, and laid aside the somber clothing and customs of her upbringing.

When Thomas Jefferson was elected president, he asked Madison to become his Secretary of State. While in Washington, Dolley found a need and filled it. The bachelor president needed a woman to organize and orchestrate the social functions required of a national leader. He asked Dolley to serve as hostess, and she fell quite naturally into the role.

It's said that her charm, grace, and extraordinary ability to remember names and faces were responsible for quelling the tensions often present in political meetings. Her extroverted personality brought life and cheer to the bachelor administration. Her gift didn't go unnoticed, and by the end of her first eight years in Washington, Dolley had claimed the place of social queen of the nation's capitol. When her husband was elected to the presidency in 1808, her actions as First Lady set a precedent other First Ladies have sought to follow ever since. Her widespread popularity as a hostess was held at least partly responsible for Madison's re-election to a second term in office.

Her dinner parties were lavish affairs and an invitation to one of her parties, or her Wednesday night receptions, were highly desired among diplomats, politicians, and citizens. The White House, under Dolley's hand, was an open house, made gracious and welcoming by Dolley's gracious personality and generosity.

In 1814, when British soldiers marched on Washington and the First Family was forced to evacuate the White House, Dolley rescued a priceless portrait of George Washington, some state papers, and the red curtains she'd helped make before she fled. The Brits burned the White House that night, and everything in it except the treasures Dolley escaped with.

She continued to entertain into the last days of her life, even after Madison's death (they were married 42 years). When her son from her first marriage mismanaged the family property, she was forced to sell everything. She simply moved back to Washington and continued to be a vibrant part of the social whirl up until her death in 1849.

Nothing, it seems, could quench Dolley's zest for living and love of people. She had numerous opportunities to become disappointed, discouraged, and bitter. But she maintained her joie de vivre. How? I believe it's because she continually gave herself to her gift - hospitality - and by letting that God-given gift pour through her, she kept herself full of life and joy even in the midst of difficult times. 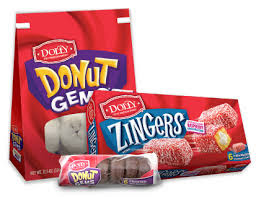 I've gotten better about the practice of hospitality over the years, but it will probably never come "naturally" to me. I'm a bit more "Dolly Madison" (open a box of Zingers and hide behind it during the party) than I am Dolley Madison, hostess extraordinaire. But I have other gifts, and when I yield to them and let them flow, not for my benefit but for others, I step over into a place of peace and joy that's above and beyond what I could ask or think.

My gifts - my passions - are a fountain of the life of God in my soul. Have you found yours?