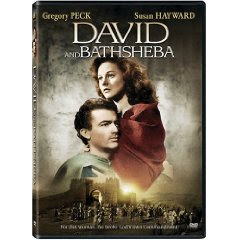 So I chose a Biblical character, which may be cheating a bit for life lessons, but I've read multiple fictionalized versions of her life. And, since your mom probably didn’t encourage you to emulate this woman, I think she should make for an interesting post.

What do we know for sure about this story? One night Bathsheba was taking a bath (ironic right) on her rooftop. David saw her and desired her. He called for her and made love to her. She got pregnant. David summoned her husband back from the war, but no matter how David and Bathsheba connived, the husband wouldn’t sleep with her. So, in danger of being exposed, David decided to have her husband deserted on the front lines, and essentially plotted his murder.

Okay, so why did this happen? How did this happen? Most importantly to me, what sort of woman was Bathsheba? What can I learn from her, other than not to take a bath on a roof? I've read a lot of Biblical fiction, and I’ve seen Bathsheba characterized many different ways.

One common depiction played her as a scheming woman who plied her wiles atop her roof to catch the eye of the richest, most powerful man in town. In this version she’s a seductress. Now, I don’t buy this version, and I’ll tell you why. First, David was a man after God’s own heart. Second, he was brilliant. We’re not talking about some stupid muscle-head like Samson here. Third, if Bathsheba was such a seductress, I think she could have lured her husband back into her bed. And last but not least, God does not bless evil seductresses, as he later blessed Bathsheba.

Another typical version is that she was victimized by David. That bathing on roofs was common practice, and the only reason he saw her was because he took advantage of the high towers of the castle. In this version he’s practically a rapist. I don’t buy this version either because of David’s character, which I’ve already mentioned. If Bathseba had cried, or refused him, or been afraid, I can’t imagine the gentle writer of the Psalms forcing her to have sex. 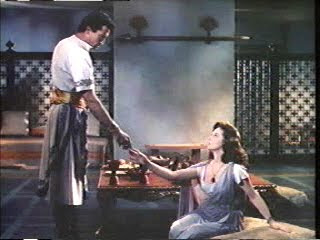 I once heard a creative telling of the story where Uriah, Bathsheba’s husband, was an abuser. Interesting, but far-fetched, and unsubstantiated.
Here’s what I think.

I think David and Bathsheba fell in love. I imagine they must have met before this encounter. Jerusalem wasn’t that huge in those days, and Uriah was a general in David’s army. Bathsheba’s father was thought to be a member of David’s inner circle, and her grandfather was probably one of his advisors. So I’m guessing that at some point they met and developed feelings for one another, even if David didn’t immediately recognize her at a distance on the rooftop.

Or at very least, David called for Bathsheba and they discovered a mutual attraction and fell in love. Now whether Bathsheba bathed on the roof because of her desire for David, or whether David was spying because of his desire for her, doesn’t really matter. Maybe it was a little of both. David was a musician, and like most of his breed, he was an emotionally driven and passionate man. And yes, things got of control, and David and Bathsheba made a mistake.

Now where they took one sin of passion and managed to turn it into something far uglier, was when they attempted to cover it up. Free bonus lesson from David and Bathsheba. You can’t make your sin go away by trying to hide it. You can only make it worse. After David had Uriah killed, judgment came upon David and Bathsheba. Nathan the prophet spoke out against what they had done. And they lost their child.

But here’s where the story gets interesting to me. After all of that, David and Bathsheba’s marriage is blessed by God. They have another son named Solomon, who by most accounts grew to be one of the wisest and richest kings who ever lived.

David is in the lineage of Jesus, through his son Solomon, his child with Bathsheba. Which means, this woman you may have misunderstood to be a conniving seductress is in Jesus’ lineage.

Oh, and did I mention that many people believe her to be the model for the Proverbs 31 woman. The paragon of Christian femininity.

So what lessons can we learn from this woman? Maybe we need to go back and ask what went wrong. Were David and Bathsheba destined for each other, but they were impatient and rushed into things, thereby messing up the plan? Were they never meant for each other, but God turned all things for good? Or, in a way, could this have been something that needed to happen? Could they both have had character flaws that needed to be dealt with? That needed to be brought out of hiding and into the light?

I’ll leave that part for you to decide.
But here are the lessons which surface no matter what.
1) God is a redeeming God.
2) God takes our messes and turns them into something amazing.
3) He gives us beauty for ashes.
4) He gives us the oil of joy for mourning.
5) And even when we give up on God, he never gives up on us.

And that’s why Bathsheba fascinates me. She is the embodiment of God’s redemptive love. Perhaps these aren’t the typical “life-lessons.” We can always fall back on “Don’t take a bath on a roof.” I’d say that’s pretty good as practical advice goes.
But I think we can draw a rather deep life lesson from this story as well. How easy would it have been for Bathsheba to have let her mistake destroy her? To let shame, depression, or bitterness overtake her? Instead, she dusted herself off and went on to become an incredible wife, mother, and queen.

What practical life advice or inspirational thought would you like to share with our Inky audience today?
Posted by Dina Sleiman at December 03, 2009