By Lisa Karon Richardson
Most books have a hero and a villain. The conflict between the two propels the plot. A great hero can be any number of things. The alpha male, the beta male, the bad boy. Every sort of cliché is out there. And they’ve all been used to good effect.

But every so often a hero comes along that makes us swoon. I find that these well-crafted fellows are more often than not a skilful blend of types. It’s not easily done, and I stand in awe of those who have perfected the process.

Here are some of my favorite heroes: 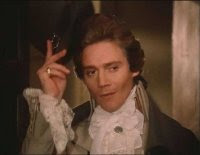 Sir Percy Blakeney aka The Scarlet Pimpernel-I love his daring his cunning and his self-sacrifice. He plays the fool to all and sundry hiding his true worth in order to fight secretly for the greater good. And then there’s his love for Madeline. Even when his conscience despises her for what he believes she’s done, his heart yearns for her. Sigh.

Now that is the stuff of great conflict!

Indiana Jones aka Junior-Okay I know this isn’t a book, but who doesn’t love the combination of brainy academic and action star. Throw in rugged good looks, and well... Sigh. As disappointing as the fourth in the franchise was, I did like the way it developed the characters. He still loved Marion after all those years. 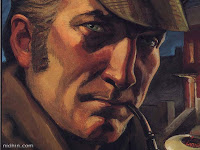 Sherlock Holmes aka the world’s first consulting detective-So I know he isn’t exactly considered romantic, but how can you not like a guy for whom there is only one woman in the world. Sigh. Despite his avowed reliance on logic, he is in fact a passionate man. A case that engages his interest can claim him mind and body until it is resolved. It is only at those moments that he feels alive and vital and whole. When there is no case, he resorts to his seven percent solution to avoid going crazy from boredom. To me that is not the sign of an analyst, but of a character who cares almost too much.

Sometimes the other side of the equation gets short shrift though. Villains are often portrayed as EVILE. For no other reason than the author needs them to be that way. Oh, and don’t forget the poor hygiene, bad breath and black hat. Oh, yes villains are pretty easy to spot in a lot of books and movies.

I’m still working on it, but some of the best advice I ever received regarding creating a memorable villain, is that he believes he is the hero of the story. No human is pure evil. Even those who do horrible things have convinced themselves that their actions are not wrong.

Great villains are smarter, stronger and better funded than the heroes. In other words they are a real challenge. The outcome actually hangs in the balance.

Here are some of my favorite villains:

Cruella DeVil-Seriously she tries to kill puppies. How much worse can you get? And yet, what’s the real difference between killing puppies and minks? She is only a degree or two off the ‘norm’ and yet most people like dogs. Minks on the other hand are nasty little biting rodents. It’s her obsession and the lengths she will go to satisfy her desires, as much as her moral filter, that causes us to cringe. 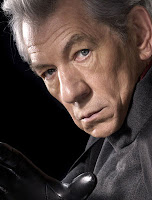 Magneto (from The X-men)-Come on, who can’t empathize with a survivor of the holocaust? Especially when he sees the same symptoms of hate erupting in the world again. Who wouldn’t want to strike first in order to protect themselves? And yet that puts him in danger of becoming the very thing he despises. Throw in the fact that he and Professor Xavier are old friends and it’s a recipe for conflict, i.e. great stories. 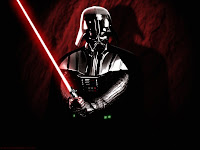 Darth Vader-Put your trust in the wrong place, let your passion take you places you know it shouldn’t, and voila, you too could conduct a massacre of younglings. He’s intimidating and has the look of a villain. But in the end he is redeemable. He finds a way out of the mire and finally chooses to do the right thing. Darth Vader helped create the Empire, but in the end he also destroyed it.

Now it’s your turn, who are your favorite heroes and villains? I know I’ve missed some of the greats!
Posted by Lisa Karon Richardson at June 15, 2010