Summer at our Farm 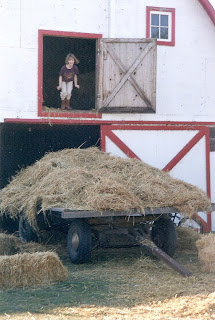 School won't be out here in the province of Saskatchewan until the end of June, but I've gathered some photos from a few years ago to show you how much fun you can have on a prairie farm.
First is hay season. When we lived in Ontario we were able to get 2 cuts off a year but out here on the prairies, we're blessed to get one decent cut put up without rain. Before we put the new bales in the barn loft however, the old broken ones have to be cleared out to make room. One year there was enough old stuff to fill a wagon so we had a bit of jumping-in-the-hay-wagon fun. 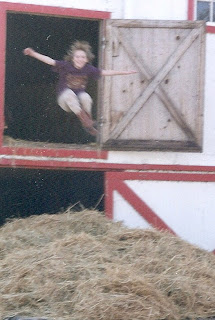 Jessie went first... although once she jumped off the wagon, I think she ran in for a few more jumps. 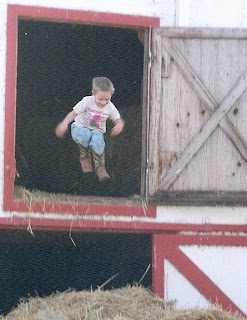 Nick had to try a few times as well. 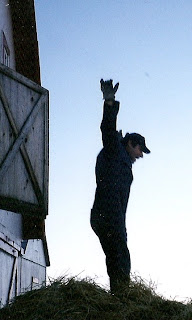 And Nelson couldn't let the kids have all the fun although he really didn't have that far to jump. 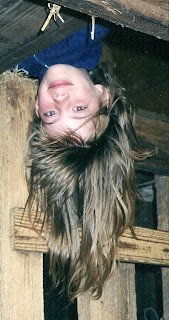 While waiting for her turn, Jessie acted like her favourite animal - a monkey. Barns are a good place to swing from the rafters. 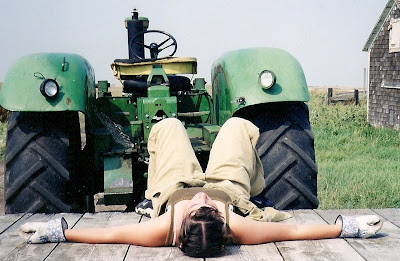 This is from another year when Crystal came home for a visit. She threw a lot of hay bales on this day and once the wagon was empty, decided to take a nap. 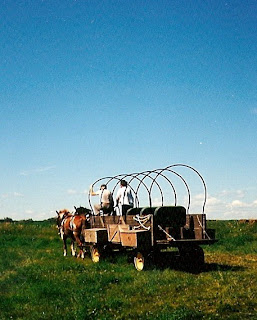 One summer we went to visit my cousin and happened to be there when they were training a new team. They said they needed volunteers for added weight as well as to get the team used to the noises and distractions that come from pulling people around. 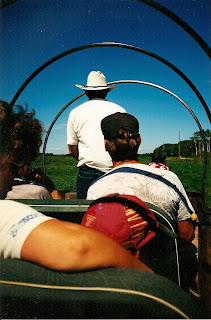 From this angle, it looks like we're on a nice, leisurely ride, but what the photo doesn't show is the bumping and jerking around as the wagon travelled over the raw prairie, gopher holes and all. At least the seats had a little padding. But those old bus seats were never made for comfort. Halfway through the ride I wished I'd worn a sturdier bra. LOL 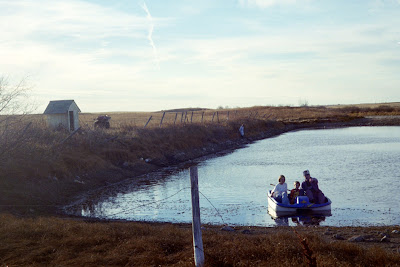 This is what we call a dugout and it's our only natural source of water - mostly from rainfall. It's sort of like a huge pond. Paddleboat rides are a nice way to cool off after a hot day.

From the looks of the water level and land, the photo was taken in late August - maybe even Sept. 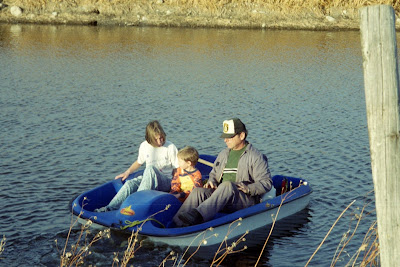 So, those are some of the things we do during a prairie summer.

Can you relate to any of the above?