My Own Personal Miracle 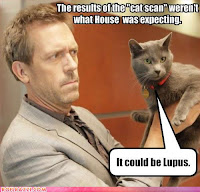 If you've ever watched the TV show House, you know how often the term "lupus" comes up as a possible diagnosis. In fact, it's happened so often, now it's become a joke: It's never lupus.

When I was ten, the word lupus came up in my doctor's office. And for me, the diagnosis was correct. It actually was lupus.

Systemic Lupus Erythematosus is an autoimmune disorder. The disease manifests itself in many different ways, but its most basic definition is that the body attacks itself. I was hyper-sensitive to sunlight, so much so that I became violently ill when my teacher put my desk in front of a window. And, as if the lupus wasn't enough, I was also diagnosed with rheumatoid arthritis. That's kind of a lot for a ten-year-old to handle.

Because of my sun-sensitivity, I had to be completely covered up when I went outside. Long sleeves, long pants, a sun visor, and sun screen on any exposed skin if I was going to be in the sun for more than a few minutes. As you can imagine, this made me extremely popular with my classmates. Not. 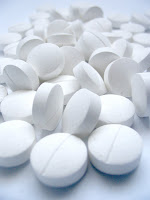 Over the course of the next two years, I underwent all kinds of different therapies. I had gold injections, which, due to an allergic reaction, gave me a fever so high the skin on my palms and the soles of my feet actually burned off. Check that off the list. At one point I was taking 28 aspirins a day. Problem was, I couldn't swallow pills. So my mother would melt them. She melted them in everything: chocolate ice cream, milk, water, root beer (a disaster!) The best choice was orange juice, although it still tasted awful. In the end, the aspirins didn't work, but I did develop a hatred for anything orange-flavored until I was about thirty.

Throughout this time, my mom and grandmother never stopped praying for me. When I was delirious from my gold-induced fever, they prayed. When I cried over the latest round of playground teasing that ended with my visor being plucked from my head and tossed on the schoolhouse roof, they comforted me and prayed. And when it looked like nothing was working and I had a life full of doctors, hospitals, and questions ahead of me, they prayed. In fact, my mother even took me to a prayer meeting.

This might not sound like a big deal, but my mom is very happy as a traditional Lutheran church-goer. She likes the liturgy. She likes order to the service. But someone told her that a pastor was having a meeting at the LA Convention Center, and that people got healed at his meetings. At that point, my traditional mother was ready to try just about anything, so we went.

To this day, I can't tell you the name of the pastor. But I remember sitting in a high upper level. I remember the pastor calling out illnesses and people with microphones taking people out of the audience and up on the stage. Then the pastor would pray for them and they'd fall over. That kind of freaked me out, and I prayed in my mind, "Don't come get me." But as the meeting went on, I changed my mind. "Okay, if you can heal me, then come get me." But nobody did. And the pastor never called out my disease. Although he did call out a blood disease, which might have fit. But by the time my mom and I left, we were both a little dejected because it hadn't "worked."

A few months later, my doctor greeted us with amazing news. "I don't have an explanation for this, but she doesn't have lupus anymore."

I was healed. Was it because of the prayer service? Was it all the prayer in general? I don't know. My grandmother used to say that the reason none of us could remember the name of the preacher at the convention center was because no man deserves the credit for my healing. I think she was right. God, in His grace, chose to heal me. That's all I need to know. 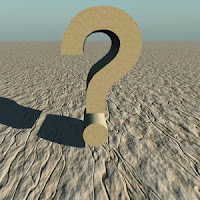 Some people have said I must not have really had lupus. That I was misdiagnosed. I respect their opinions, but I totally disagree. My doctor was a specialist, one of the top guys in the field. He wasn't just guessing. More importantly, I know how sick I was. I experienced it. And I know how much better I felt afterward.

What's interesting about my healing is that, while the lupus is gone, I still have the RA. I used to struggle with that fact. Why only half a healing? Why do I still have to deal with this arthritis stuff? I've done all kinds of spiritual calisthenics trying to shake the RA: I've been prayed for, had hands laid on me, been anointed with oil, had someone yanking on my arm (long story)... Nothing. Then, about ten years ago, I finally made peace with it. There's some reason why God healed me from one thing and not the other. I couldn't tell you what that is, but I think it's like Paul's thorn in the flesh.

So to keep me from becoming proud, I was given a thorn in my flesh, a messenger from Satan to torment me and keep me from becoming proud. Three different times I begged the Lord to take it away. Each time he said, “My grace is all you need. My power works best in weakness.” So now I am glad to boast about my weaknesses, so that the power of Christ can work through me. That’s why I take pleasure in my weaknesses, and in the insults, hardships, persecutions, and troubles that I suffer for Christ. For when I am weak, then I am strong.
2 Corinthians 12:7b-10, NLT

His grace has, and continues to be, more than sufficient for me. The Lord has blessed me in so many ways, not the least of which by giving me my own personal miracle.

Now it's your turn... How has God touched your life?