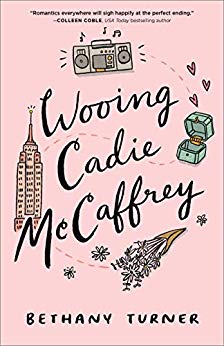 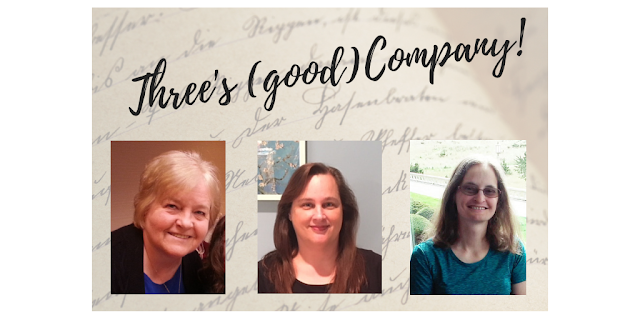 TRIXI'S REVIEW:
Bethany Turner doesn’t know this yet, but she got me out of my reading doldrums. Or perhaps it was her characters Will and Cadie. Because I can’t think of a more fun couple to watch—well okay if I’m honest—it wasn’t all fun and games; the highs and lows had my heart dipping & soaring like a roller coaster ride. What seemed like a perfect relationship wasn’t so perfect and those moments had my heart aching. If there were two people in the world who deserved each other and the kind of forever love that most people dream of, it was Will and Cadie. They had four years invested in the little things that mean the most; the nuances, the private jokes, the song that emanates that first dance feeling or even the warmth & anticipation of the first kiss. Something went terribly wrong along the way and they struggle with how to fix it…or perhaps not in Cadies case.

After the big breakup—which literally ripped my heart right out of my chest and left it bleeding on the floor—Will formulated his plan to win Cadie back. While I’ve not watched the vast majority of the movies Bethany referenced, I can still appreciate the effort he went to for a good old-fashioned wooing. A man watching romantic movies—which he has zero interest in—to get grandiose ideas on just how to do it? Make my heart pitter-patter why don’t you Bethany? If Cadie isn’t wowed by that, I don’t know what would do it for her. You gotta give the guy an A+ for extra effort!

The ending? Sheer perfection! It referenced one of my favorite RomCom movies (and I only love three) and my all-time favorite scene. The emotions that were coursing through my veins had me a bit dizzy and giddy because I knew what was coming, or at least happily anticipated what SHOULD be coming. Ah Bethany, you know how to take a reader on a roller coaster ride between laughter and tears and all the messy emotions and wholly capture them in your story! I’m bereft for any other book right now, I think I need a week or two (three at the most) to be able to move past this.

The spiritual message in this story is just as powerful as the story itself and involves copious amounts of forgiveness for self and the guilt that can plague even the strongest of Christians. Moving past huge mistakes we make is no easy task and Bethany shows through Cadie and Will how it can be done with God’s grace & love.

All in all, I find this laughably fun, refreshingly honest, gut wrenching emotional and made a mess of my mascara (if I wore any, that is). I’m labeling this my top read of 2019 by far!

*I received a complimentary copy from Revell publishing and wasn’t required to leave a favorable review. All opinions are mine. *
WINNIE'S REVIEW:
When I pick up a Bethany Turner book, I know I’m in for a treat and a rollicking good time. She has the most delightful sense of humor and creates fantastic, realistic, endearing characters that make you want to be best friends with them. Cadie and Will are such fun—from the hilarious meet-cute to the break-up and on to the wooing, they kept me laughing and sometimes wanting to knock their heads together. Turner isn’t afraid to tackle some of the messy, gritty, tough parts of life, but she also turns them into learning experiences. I loved the tender message of forgiving others and also forgiving yourself, which is sometimes even harder to do.

Will is such a swoon-worthy hero, but he doesn’t have a clue when it comes to wooing his girlfriend back. Everything seems to backfire on him, even when he’s trying so hard to get Cadie back. Why can’t things work out like they do in the movies? (Speaking of movies, the references are fun and add charm to the book). Will just won’t quit trying though, which frustrates Cadie to no end. “How am I supposed to move past him if he won’t get out of the way?” I must admit I spent a lot of time wishing they would just communicate with each other. Of course, that would have destroyed a lot of the story line and made it into a novella.

For a refreshing, fun, romantic (yet angsty) read, grab this book! It’s one for the keeper shelf. I’m already looking forward to more from this author.

KIM'S REVIEW:
I really liked the cover of Wooing Cadie McCaffrey before reading the story, and now that I’ve read it, and know the reasoning behind the items on it, I love the cover even more! Wooing Cadie McCaffrey is a fun, sometimes laugh out loud funny romance with a touch of messy complexity thrown in. If you love rom-com’s, and a few of my favorite ones are involved in this story, you’ll love Wooing Cadie McCaffrey!
⠀⠀⠀⠀⠀⠀⠀⠀⠀⠀⠀⠀⠀⠀⠀⠀
Will and Cadie’s first meeting is one of my favorite meet-cutes ever! It was so funny and so touching all at the same time! From this point on, I was totally #teamWill! He’s kind, funny, giving, and totally loved Cadie! Speaking of Cadie, I really liked her at first, but as the story progressed, I realized she was kind of spoiled and could be quite unfair to Will.

There was also a part in the story that I felt did not need to be included. It was used as a catalyst for a major part of the story. I didn’t think it was necessary, because there was already something else that could’ve been used to get to the same outcome.

All that being said, Cadie did redeem herself and the ending was pretty awesome as was the epilogue!

BackCover Blurb:
After four years with her boyfriend, Cadie McCaffrey is thinking of ending things. Convinced Will doesn't love her in the "forever" way she loves him, Cadie believes it's time for her to let him go before life passes her by. When a misunderstanding leads to a mistake, leaving her hurt, disappointed, and full of regret, she finally sends him packing.

But for Will, the end of their relationship is only the beginning of his quest to figure out how to be the man Cadie wanted him to be. With the dubious guidance of his former pro-athlete work friends and tactics drawn from Cadie's favorite romantic comedies, Will attempts to win her back. It's a foolproof plan. What could possibly go wrong?