A RELUCTANT BRIDE by Jody Hedlund, Reviewed by Nicole Cook 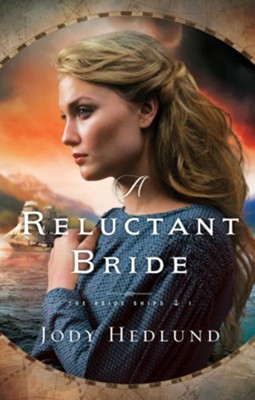 A Reluctant Bride, Jody Hedlund’s first installment in her new Bride Ships series, is a fascinating novel that explores the relatively unknown history of poor British women willingly boarding bride ships to seek a better life in British Columbia in the 1860s. Hedlund takes readers to the poorest slums in London and the horrific conditions those families faced, often with no way out from their situations. Readers are also introduced to the handsome and wealthy Lord Joseph Colville, Baron of Wiltshire. As the ship’s surgeon, he is responsible for helping the sick from all social stations aboard the ship. When young, beautiful Mercy Wilkins has an opportunity to leave the London slums for a better life in British Columbia, she finds herself on the bride ship and ends up assisting Dr. Colville with numerous sick patients. Mercy, poor and from the slums, and Joseph, wealthy and titled, come from two very different stations in life, but find themselves falling in love despite all odds.

Jody Hedlund creates a captivating historical romance that fans of historical fiction will thoroughly enjoy. Readers will become invested in the developing romance between Joseph and Mercy and the inspirational message that is intricately woven into the novel. Hedlund shares the powerful message that God created everyone to be equal and not to accept the labels that others in society often place upon us. God created everyone with a purpose. The secondary characters, such as Miss Lawrence and Mrs. Moresby, provide additional interest to the storyline. Mrs. Moresby (one of the women on the Female Immigration Committee) becomes a beloved character toward the end of the novel as she delivers encouragement and inspiration as Mercy contemplates her life after departing the bride ship.

A Reluctant Bride is recommended for readers of inspirational historical fiction, especially those who enjoy books by authors such as Carrie Turansky, Elizabeth Camden, and Rachel Fordham. Readers will eagerly look forward to the second book in the series.

“Don’t get stuck thinking you don’t matter or you’re not important enough. I know people like us who come from lowly backgrounds, we all too often accept our place at the bottom and think that’s where we belong. But that’s just not true. God didn’t create some people to be better than others. He created everyone to have equal value.”
- Mrs. Moresby to Mercy
*I received a complimentary copy of this book from Bethany House and was not required to write a positive review. All opinions expressed are mine.

Back Cover Blurb:
Living in London's poorest slum, Mercy Wilkins has little hope of a better life. When she's offered an opportunity to join a bride ship sailing to British Columbia, she agrees. After witnessing so much painful heartache and loss in the slums, the bride ship is her only prospect to escape a bleak future, not only for herself but, she hopes, someday for her sister. 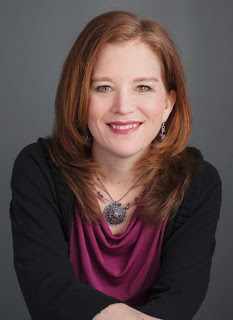 Winner of the 2016 Christian Book Award and finalist for the Christy Awards, best-selling author Jody Hedlund writes inspirational historical romances for both youth and adults.

Jody lives in central Michigan with her husband, five busy children, and five spoiled cats. Although Jody prefers to experience daring and dangerous adventures through her characters rather than in real life, she’s learned that a calm existence is simply not meant to be (at least in this phase of her life!).

When she’s not penning another of her page-turning stories, she loves to spend her time reading, especially when it also involves consuming coffee and chocolate.