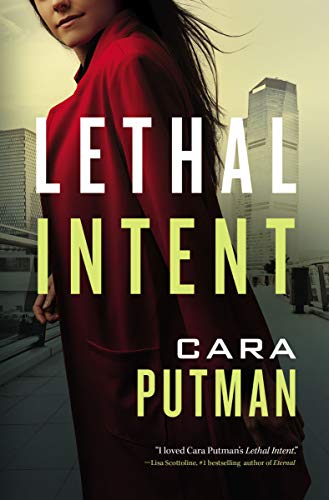 Things had seemed so much simpler in law school, interpreting and applying the law appeared very black and white, not gray and grayer. Caroline Bragg has quickly concluded that navigating patent laws as they apply to pharmaceutical research trials are a maze at best and a mine field at worst. Her new position as legal counsel to Praecursoria, a promising research lab reaching trial phases with breakthrough forms of genetic therapeutics, has not only put her at odds with some of her co-workers, but the man she has grown to love is heavily invested in the company . . . . . a detail that Caroline wishes she had known before she accepted the position.

Brandon Lancaster knew how to win games in the National Football League, but sadly one of the children whom his group foster home houses is not winning her fight against cancer. Accepted into a risky clinical trial hosted by Praecursoria, little Bethany supposedly has a new chance at life . . . except something is desperately wrong; she's not responding as expected and when the one person who is asking the most questions is removed from the picture, Caroline is drawn into what could be a fight for her own life.

Even though the scientific details of this story seem a little heavy at times, the "who, what, when, where and why" stay adeptly cloaked behind a confusing trail of puzzling information. From beginning to end, Brandon and Caroline are beset by tremendous stressors, stretching the awareness of their new relationship beyond what most couples could bear. When Brandon realizes once and for all, who and what matters the most, it frees Caroline up to do what she does best; rise to the challenge, "sometimes you know something is wrong, and have to chase it until you find the why".

*Quick side note. The discussion questions at the end of this book are some of the best that I have read in awhile, navigating quickly and efficiently to the core of the book, and thus adding greatly to its overall value. Don't miss them.

*I purchased this book and was under no obligation to provide a review. 3.5 stars

BackCover Blurb:
If they expected silence, they hired the wrong woman.

Caroline Bragg’s life has never been better. She and Brandon Lancaster are taking their relationship to the next level, and she has a new dream job as legal counsel for Praecursoria—a research lab that is making waves with its cutting-edge genetic therapies. The company’s leukemia treatments even promise to save desperately sick kids—kids like eleven-year-old Bethany, a critically ill foster child at Brandon’s foster home.

When Caroline’s enthusiastic boss wants to enroll Bethany in experimental trials prematurely, Caroline objects, putting her at odds with her colleagues. They claim the only goal at Praecursoria is to save lives. But does someone have another agenda?

Brandon faces his own crisis. As laws governing foster homes shift, he’s on the brink of losing the group home he’s worked so hard to build. When Caroline learns he’s a Praecursoria investor, it becomes legally impossible to confide in him. Will the secrets she keeps become a wedge that separates them forever? And can she save Bethany from the very treatments designed to heal her?