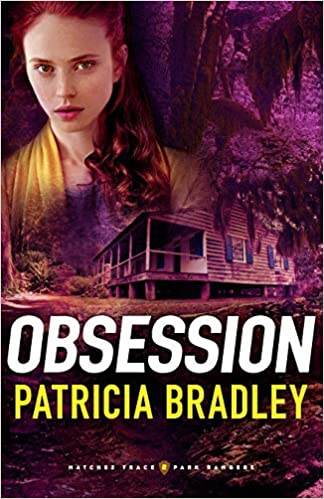 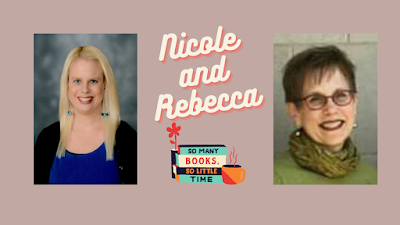 NICOLE'S REVIEW:
Obsession, the second installment in Patricia Bradley’s Natchez Trace Park Rangers series is a romantic suspense tale that will keep readers on the edge of their seats until the very last page. In Obsession, Natchez Trace Ranger and historian Emma Winters’ project to survey the slave cemetery and document the accurate number of graves turns into a shocking discovery. As the danger quickly mounts, she finds herself working with her former fiancé, district law enforcement ranger Sam Ryker, to find the culprit before more innocent lives are lost.

The romance in the novel is appropriately and realistically portrayed as the former engaged couple, Emma and Sam, struggle with their unresolved feelings after not seeing each other in ten years. There are many supporting characters in the storyline, which was sometimes a bit confusing, but allowed for several possible suspects to evolve throughout the novel.

Obsession is highly recommended for fans of romantic suspense, and readers who enjoy books by authors such as Lynette Eason, Dani Pettrey, Irene Hannon, Lynn H. Blackburn, and Rachel Dylan.
*I received a complimentary copy of this book from Revell and was not required to write a positive review. All opinions expressed are mine. Inkwell Faith Content Rating – 2 (light faith content)

What a strange message; especially after Natchez Trace Ranger Emma Winters had survived a harrowing life and death experience the prior evening. There was no signature on the card that accompanied an early morning gerbera daisy delivery to Emma's front door. Why had someone fired shots at her on public property and why did the flowers now seem like a creepy message, or even worse; a warning. On the other hand, why did having Samuel Ryker back in her life feel much, much better than it should?

Being a former almost-husband wasn't an advantage when it came to handling Emma Winters. Beautiful but feisty, and fiercely independent, Samuel Ryker knew to keep his distance. But when Emma literally hurled herself into his arms . . .. what was a man to do? Anyone would be shaken up after running for their life, but Samuel had a gut feeling that Emma's safety going forward was going to be more complicated than a few forensic tests could prove. Someone didn't want her restoring historic grave sites at the Trace, and that same someone (or could there be more than one?) must be stalking her every move. In either scenario, someone has a deadly obsession with Emma Winters.

In terms of "who done it?", this story scores a big win. Its multiple dead ends and false leads will find readers scratching their heads, only to be delighted over the fact that Emma and Samuel manage to strike a friendly rhythm . . . . . before it all comes crashing down again . Admittedly, Emma is "better at breaking off a relationship", so it's going to be up to Samuel to clean out some of his own emotional cobwebs . . . Emma's life may very well depend on it.
*I received a copy of this book from Baker Publishing Group through Interviews and Reviews. The opinions stated above are entirely my own. 3.5 stars

ABOUT THE BOOK
Natchez Trace Ranger and historian Emma Winters hoped never to see Sam Ryker again after she broke off her engagement to him. But when shots are fired at her at a historical landmark just off the Natchez Trace, she's forced to work alongside Sam as the Natchez Trace law enforcement district ranger in the ensuing investigation. To complicate matters, Emma has acquired a delusional secret admirer who is determined to have her as his own. Sam is merely an obstruction, one which must be removed.

Sam knows that he has failed Emma in the past and he doesn't intend to let her down again. Especially since her life is on the line. As the threads of the investigation cross and tangle with their own personal history, Sam and Emma have a chance to discover the truth, not only about the victim but about what went wrong in their relationship.

Award-winning author Patricia Bradley will have the hairs standing up on the back of your neck with this nail-biting tale of obsession, misunderstanding, and forgiveness. Revell Publishing, February 2021
Available in digital ebook, paperback and hardcover:
Buy Obsession at Amazon
Buy Obsession at Christianbook.com
Buy Obsession at Baker Book House

ABOUT THE AUTHOR
Patricia Bradley is the author of Standoff, as well as the Memphis Cold Case Novels and Logan Point series. Bradley won an Inspirational Reader's Choice Award in Romantic Suspense, a Daphne du Maurier Award, and a Touched by Love Award; she was a Carol Award finalist; and three of her books were included in anthologies that debuted on the USA Today bestseller list. She is cofounder of Aiming for Healthy Families, Inc., and she is a member of American Christian Fiction Writers and Romance Writers of America. Bradley makes her home in Mississippi. Learn more at www.ptbradley.com.