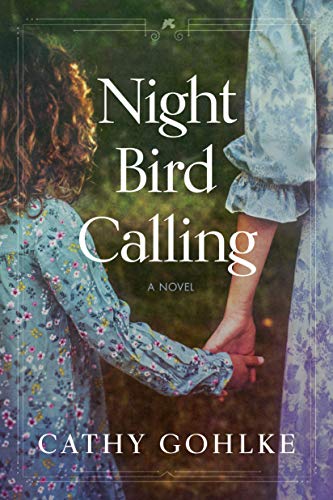 "We can't let our fears or things we don't understand weigh us so far down that they keep us from picking up and going forward. We're still here on this earth for a reason. . . . . . What are you here to do? I reckon that's the point to figure."

Lilliana Grace Swope had been cowering in fear her entire married life .. . . . . actually, trepidation served as her constant companion long before she'd been married off to Gerald . . . her father, while conveniently hiding behind his esteemed status as an elder in their local church, had been an authoritarian brute. So Lilliana learned at an early age to keep her head down, avoid being noticed at all costs, and to forget any notion that was actually her own if she thought to survive. Life came crashing down hard upon her already broken spirit following the death of her beloved mother. To make matters worse, while hunkering down on a church pew Lilliana overheard a conspiring conversation, and knew right away that she only had one option. Flee.

Leaving Philadelphia with only the clothes on her back, some questionable cash, and a mysterious ring, Lilliana takes a train to the only place she knows to go; No Creek, North Carolina, a town suspended in time, tucked peacefully amongst the Appalachian mountains, and the home of her beloved Aunt Hyacinth, who somehow knew that Lilliana was on her way. But she soon learns that while No Creek might be a temporary respite from everything and everyone that she left behind, the small community is steeped in prejudice, the kind that burns crosses in front yards and hides behind white hoods. What purpose could God possibly have for her in No Creek?

This story provides readers with a glorious escape into the resplendent hills of North Carolina where the night birds sing and wildflowers grow in abundance; mesmerizing at best and merciless at worst; an intersection of cultures where time seems to stand still until you wished it didn't. Filled with lovable and colorful characters, "Night Bird Calling" also manages to pull back the curtain on the painful transition between enslaved and free, and the courage of the people who fought, often at a great cost to themselves and their families, to overcome fear and misunderstanding, intervening when the stakes were at their highest. Apparently, in retrospect, the main character in this story, playing the dual roles of hero and villain, is the town of No Creek itself. In the words of young Celia, indisputably the most garrulous character in the book, "Wishing comes easy. Change don't".

Isn't that the truth.
*I purchased this book and was under no obligation to provide a review. 4.5 stars

BackCover Blurb:
From award-winning author Cathy Gohlke, whose novels have been called “haunting” (Library Journal on Saving Amelie) and “page-turning” (Francine Rivers on Secrets She Kept), comes a historical fiction story of courage and transformation set in rural Appalachia on the eve of WWII.
When Lilliana Swope’s beloved mother dies, Lilliana gathers her last ounce of courage and flees her abusive husband for the home of her only living relative in the foothills of No Creek, North Carolina. Though Hyacinth Belvidere hasn’t seen Lilliana since she was five, she offers her cherished great-niece a safe harbor. Their joyful reunion inspires plans to revive Aunt Hyacinth’s estate and open a public library where everyone is welcome, no matter the color of their skin.

Slowly Lilliana finds revival and friendship in No Creek—with precocious eleven-year-old Celia Percy, with kindhearted Reverend Jesse Willard, and with Ruby Lynne Wishon, a young woman whose secrets could destroy both them and the town. When the plans for the library also incite the wrath of the Klan, the dangers of Lilliana’s past and present threaten to topple her before she’s learned to stand.