ALL THROUGH THE NIGHT by Tara Johnson, Reviewed by Rebecca Maney and Winnie Thomas 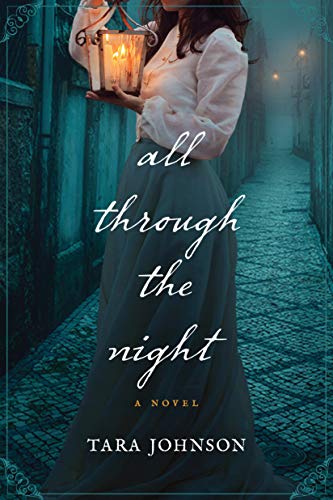 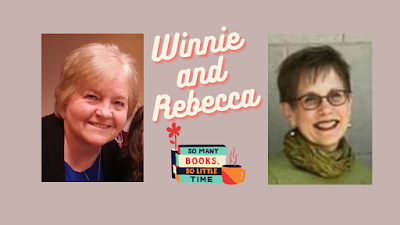 WINNIE'S REVIEW:
“Just do the next thing.”
Set mainly in Washington, D. C. during the Civil War, All Through the Night is a vivid and compelling depiction of the trials and afflictions people lived through then. I was impressed by the rich historical detail of the author and the multi-layered, realistic characters she created. The two main characters, Cadence Piper and Joshua Ivy, were both flawed and had things from their past that they needed to overcome. Cadence was a plucky, competent, determined heroine working to overcome her stutter and the feelings of inadequacy she had. Joshua was heroic, compassionate, and courageous, and I enjoyed seeing their relationship evolve and grow.
Filled with adventure, intrigue, romance, and inspiration, this story is sure to please those who enjoy historical romance. I’m looking forward to more stories from this author. 4.5 stars
*I voluntarily reviewed a complimentary copy from Tyndale Publishers through NetGalley. All opinions are my own.
REBECCA'S REVIEW:
"Find out what task Providence has ordained you to do and then do it."
"I fear there may be no task for me." Endeavoring to prove herself worthy of her father's attention, Cadence Piper has long thought that her life would never amount to much, having been misdiagnosed as mentally simple due to a childhood speech malady that had all but corrected itself. When casualties from the Civil War begin pouring into Washington, D.C. she valiantly applies for a nursing position with the famed Dorothea Dix. Told that she was "too young and too pretty", she finds another way to serve the needs of her increasingly despondent city . . . with her voice.
Dr. Joshua Ivy is curious about the "songbird" that has slipped her way into his hospital, administering water, kind words, and lovely melodies. After having previously misjudged her based solely on her lovely appearance and large street audience, he finds Cadence to be anything but self-serving, in fact she's the total opposite; putting the needs of others well before her own. In spite of the draw between them, he cannot afford attachments, for his periodic clandestine activities would put her in great danger, she wouldn't understand, and he could never forgive himself if she was harmed by association. His enemies are ruthless and have eyes roaming everywhere through-out the city.
On one hand, this is the sweetest of love stories between two wounded souls working feverishly to erase misconceptions and sadnesses of their pasts that were no fault of their own. On the other hand, it's a sobering expose of the horrors of war, exposing the atrocities of our country's one civil war that was brutally fought both on and off the battlefields. Thank goodness we are under the watchful eye of the One who never slumbers nor sleeps, "all through the night".
"Sleep, my child, and peace attend thee,
All through the night.
Guardian angels God will send thee,
All through the night." . . . .
*I purchased this book and was under no obligation to provide a review. 3.5 stars
BackCover Blurb:
With her stammering tongue and quiet ways, Cadence Piper has always struggled to be accepted. After the death of her mother, Cadence sets her heart on becoming a nurse, both to erase the stain her brother has left on the family’s honor and to find long-sought approval in the eyes of her father. When Dorothea Dix turns her away due to her young age and pretty face, Cadence finds another way to serve . . . singing to the soldiers in Judiciary Square Hospital. Only one stubborn doctor stands in her way.

Joshua Ivy is an intense man with a compassionate heart for the hurting and downtrodden. The one thing he can’t have is an idealistic woman destroying the plans he’s so carefully laid. When the chaos of war thrusts Cadence into the middle of his clandestine activities, he must decide if the lives at stake, and his own heart, are worth the risk of letting Cadence inside.

Everything changes when Joshua and Cadence unearth the workings of a secret society so vile, the course of their lives, and the war, could be altered forever. If they fight an enemy they cannot see, will the One who sees all show them the way in the darkest night?