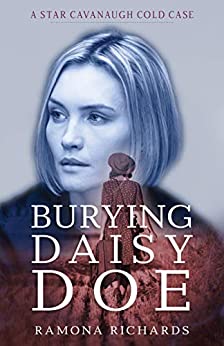 When cold case investigator Star Cavanaugh arrives in Pineville, Alabama she quietly and unobtrusively ingratiates herself, albeit under an assumed name, into the small town where her family history took a turn for the worse. Two unsolved murders; her grandmother and years later, her father. What in the world happened in Pineville, Alabama to make someone or several someones hate her family so much? Star is as determined as her father was to find out, but she has no desire to meet her own tragic demise.

Roscoe Carver is an old man on borrowed time, but he hasn't always been old. And his memory of days gone by is still pretty sharp, especially when the pretty new server at the local drugstore and grill reminds him of another tall, willowy looker who had innocently arrived in town so many years ago. "You're a drive-in, aren't you?" he asked her. "Actually, I'm a move-in", she had answered. But Roscoe knew their time would come. He had information that she could most certainly use, if he lived long enough to share it.

Rife with tentacles of small town corruption, "Burying Daisy Doe" is an invigorating blend of investigative suspense and surprisingly charming local characters, many of whom know a lot more about Daisy Doe than they are willing to share. Is it because they were somehow involved or is it because the major players in Pineville's unforgiving game of criminal roulette are still around to keep score?

And then there's the handsome police chief who is bound to notice Star in more ways than one, along with Star's own delightfully candid grandmother who gently reminds her that "God is not some convenience store guy in the sky who showers us with gifts whenever we ask in prayer. It's a relationship, up close and personal".

What a wonderful book! 4.5 stars
*I purchased this book and was under no obligation to provide a review.

BackCover Blurb:
No cold case is more important than the one that destroyed her own family

Every small town has one unsolved case that haunts its memory, festering for generations below the surface with the truth of humanity's darkness. Star Cavanaugh is obsessed with the one that tore her family apart.

Over sixty years ago, Daisy Doe was murdered and discarded outside Pineville, Alabama, buried without a name or anyone to mourn her loss. When Star's father tried to solve the case, he was also killed. Now a cold-case detective with resources of her own, Star is determined to get to the bottom of both crimes. But she'll have to face an entire town locked in corruption, silence, and fear--and the same danger that took two other lives. The only people in the town she can trust are her grandmother and the charming Mike Luinetti, and both of them trust a God Star isn't sure she believes in. Can Christians so focused on the good really help her track down this evil?