HADLEY BECKETT'S NEXT DISH by Bethany Turner, Reviewed by Paula, Trixi, and Winnie 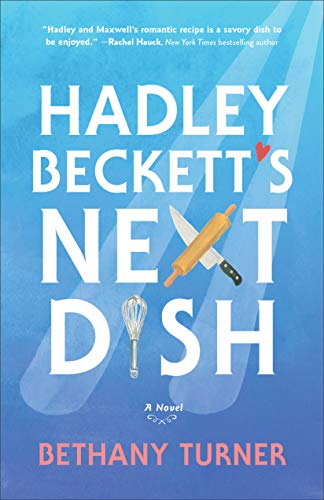 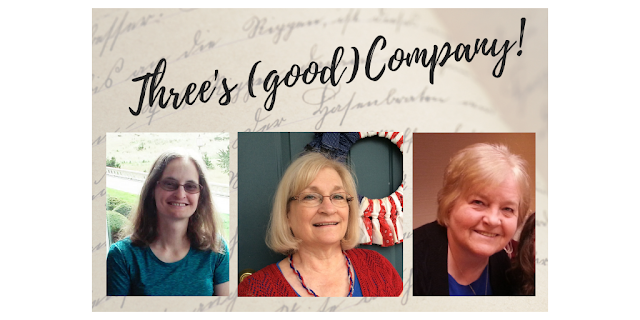 TRIXI'S REVIEW:
When it comes to romantic comedy, hilarity, and honest-to-goodness characters whose personalities leap off the page, Bethany Turner just has that natural knack. It's as if she always gets into my head and writes exactly how I would think or how I would say something or feel about something at any particular moment. It's why I adore her writing so much because it's totally relatable to me.

Now on to Max Cavanagh and Hadley Beckett; these two are totally opposite in personality which plays out on the pages. After a very public temper tantrum by Max when Hadley wins the Fiercest Chef contest on TV, life takes a very different role for them both. A very sincere apology months later from Max brings these two together working on the prestigious cooking show Renowned. And that, my dear reader friends, is where the fun begins! Snarky remarks, under-the-breath comments and a slow budding friendship blossoms between them. It's quite funny to watch these two in the kitchen, both on and off the cameras view.

I'm still not quite sure how I feel about Max, he's frustratingly lovable one moment and totally strangle-able the next! But I guess for me, that was his appeal and what made his redemption so real and genuine. Because really, can't we all be that way sometimes? Hadley was just a gem! She’s all southern hospitality and big-hearted warmth rolled up into one. Her personality really charmed me and won me over, definitely the kind of character I could see myself becoming friends with. I don't know how she put up with Max and other characters in the story so easily with grace and a smile on her face. That's just part of her charm, what makes her the kind of person she is and the kind of character I think other readers will love.

I also enjoyed the many references to Food Network shows I have watched, which in turn made the whole story so fantastic. I knew most of the shows and the people who starred on them so I easily “got” what Bethany Turner was referring to and how it played so perfectly into the story. No worries if the reader has no idea what the author is talking about, I think her wit will still make you chuckle and go along for the ride. Because really, Turner does completely charm you with her snarky humor and totally redeemable characters. At least, that's my opinion on the subject anyway (insert a wink emoji here).

I really believe if you love rom-com with a deeper message of redemption and two total opposite people falling in love in spite of themselves, you will adore this story. It charms you in a way that's uniquely Bethany Turner style. There's nobody like her in my opinion that can write like this, she stands out on her own.
Note: While this is published by Revell, a Christian fiction publisher, it has a very lightly sprinkled faith message. Not the usual level I expected from them or the author, quite disappointing to me.
*I received a complimentary copy from Revell publishing and was not obligated to leave a favorable review. All opinions are my own. *

PAULA'S REVIEW:
I am fond of Bethany Turner and her off-beat humor especially in her new release Hadley Beckett’s Next Dish. The cover is artfully done and captures the story very well. First blue is my favorite color. The two spotlights hint at the two celebrities, Hadley and Max. The heart apostrophe tells us there is a romance in store. The crossed rolling pin and knife says there is conflict within the pages and the whisk could mean stirring the pot or blending a smoothie.

Readers are in for a treat worthy of any pastry chef or prime grade steak.

Downhome Hadley and sophisticated Max each have their own program on The Culinary Channel and then face off on a competition show. Join them for an unexpected but delicious resolution to what could be a kitchen disaster.

Max learns a lesson in humility and sees that he can change, showcasing Hadley as forgiving and supportive.

As in her other two hooks, Ms. Turner brings in humorous banter and references to iconic films and TV programs. I love how Hadley handles her temper, not by counting to ten, but reciting kitchen terms alphabetically: “Filet knife, Grapefruit knife, Herb knife, Ice pick.” And the cooking related chapter headings was a master stroke.

Of the other characters, Meemaw, is a force to be reckoned with, having once been a manager for the likes of Dolly Parton.

This was an all around triumph in the Rom Com genre. 5 Michelin stars for this one! This is a clean read with a hint of Christian content. *I received a complimentary copy of this book from Revell Reads blogger program. I was not required to give a favorable review. All opinions are my own.*

WINNIE'S REVIEW:
Bethany Turner is one of my go-to authors for contemporary romantic comedy. Her sense of humor and fun shines in her writing and always tickles my funny bone. This story starts out with a totally unlikeable, annoying, and maddening version of Max Cavanaugh and a sweet, charming, endearing Hadley Beckett who, unfortunately, bears the brunt of Max’s bad temper tantrum. While I was prepared to dislike Max, I was surprised by his resolve to change, and eventually I admired his determination. The witty banter and snarky, humorous comments between the two made for an entertaining read. Turner’s signature pop culture references add an amusing element to the story.

I enjoyed the epigraphs at the start of each chapter which gave a hint, using cooking terms, as to what was ahead: Chill overnight, Bring to boil over high heat.

Although this is categorized under Christian Fiction, it has only a light faith element to it. It’s definitely a clean, wholesome book which has a thread of redemption and forgiveness. I’m already looking forward to Turner’s next book, and this one has a reserved spot on my keeper shelf.

*I voluntarily reviewed a complimentary copy from Revell publishing. All opinions are my own.

Back Cover Blurb:
Get ready for a heaping helping of humor, romance, and second chances

Celebrity chef Maxwell Cavanagh is known for many things: his multiple Michelin stars, his top-rated Culinary Channel show, To the Max, and most of all his horrible temper. Hadley Beckett, host of the Culinary Channel's other top-rated show, At Home with Hadley, is beloved for her Southern charm and for making her viewers feel like family.

When Max experiences a very public temper tantrum and is sent packing, his only chance to get back on TV and in the public's good graces is to work alongside Hadley. As these polar-opposite celeb chefs begin to peel away the layers of public persona and reputation, they will not only discover the key ingredients for getting along but also learn the secret recipe for unexpected forgiveness . . . and maybe even love.

In the meantime, hide the knives.