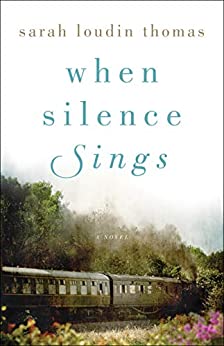 Thurmond , Virginia 1930
This book has a loose connection to a family in the book The Blue Cloak by Shannon McNear. The Harpe family, many years later than that book, make their appearance in this book. How do you stop a long-standing feud between your kin and the MclLean clan? What do you do when God asks you to preach to the enemy?

Colman Harpe is about to stop running as Jonah did, stop fighting God and go right into the lion’s den. Colman didn’t want to be part of the feud and so far has been able to stay out of it. Through a freak snowstorm, he becomes lost in a cave inside a mountain. Ivy Gordon finds him as he emerges from the deep, dark bowels of the mountain. She and her grandfather nurse him back to health, right in McLean territory. Ivy is a girl of unusually pale coloring and some ostracize her, but she has a kind spirit. She quips: I’d rather look for the best. The worst usually makes itself known soon enough.

This is a many layered story that draws on analogies from the Bible and begs us to look on the heart of a person and not just on his actions.

Colman preaches, telling Bible stories by dressing them up in the culture he is part of. But he can be plain spoken when prompted by God.

This was a well-written story and opened up a whole part of West Virginia history I’d only glimpsed before. The characters felt real, relatable and able to seek redemption. It would make a first class movie. I will be looking for more from this author.
* I won this book in a book club contest. All opinions are my own.*