THE NUMBER OF LOVE by Roseanna White, Reviewed by Paula Shreckhise and Karen Klepsteen with #GIVEAWAY 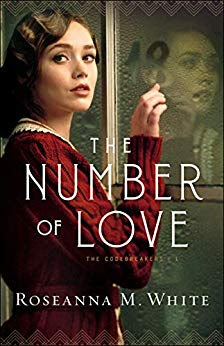 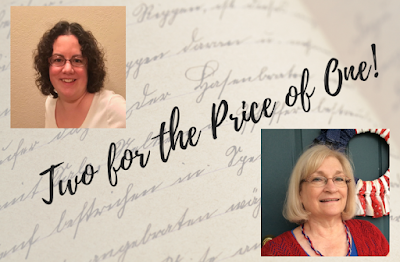 Paula's Review:
The Number of Love is first in the new series The Codebreakers, but we get to reconnect with some characters from previous books! The most notable one is Margo De Wilde, who we first met as a child prodigy in A Song Unsung. Margo may be only 17, but some find her intimidating because of her expertise with numbers, namely in codebreaking for the government. She is intriguing to Drake Elton. Drake is used to being a patient man in his capacity for the war effort. He uses that patience in his relationship with Margo.

I admit that I don’t like Math. But Roseanna White has made me a fan of the orderliness of numbers, codes and encryption. She even makes numbers romantic! I became so immersed in this story that I worried along with Dot, looked over Margo’s shoulder while she was at work and was right there on that train with Drake.

This book was extremely well researched. I have come to appreciate that in a Roseanna White novel. The story she weaves around the facts is fascinating and so well thought through. It was fun to learn about Room 40 and decryption and that Anthrax and Wolfram were around long before I thought they were. Take note of the cover and look for references in the text. It is spot on!

The spiritual thread gives the reader much to mull over. When we think God is silent, is He still in control or are we just not listening? A quote from the book: “Sometimes God’s will was to let man taste the consequences of his folly, his hatred and his supposed self sufficiency. Sometimes God lets people die. Lets His children break. And then pieces them back together into something new. Something that He could use for His Glory instead of theirs.”

I enjoyed the family dynamics. They were different for each family but they also showed that in times of adversity families pull together and affirm their faith in God.
Recommended for fans of Historical Christian Fiction with a suspense thread.

I am sure the next books in this series will be as exciting as this one. They just keep getting better!

*I received a complimentary copy of this book from Bethany House Publishers on behalf of the author. I was not required to give a favorable review. All opinions are my own.*

I’m completely enamored with The Number of Love since I’m a big fan of math! It was my favorite subject in school. I can totally relate to Margot’s love of concrete formulas and answers. Drake is witty, perceptive, and patient. The idea of two people who are so drastically different, maybe more so than the average couple, makes for such a compelling story! I love the way that Margot and Drake learned to communicate! There’s one scene that was so romantic and I won’t spoil the surprise, but as others have mentioned, there’s one particular number that carries a lot of meaning for Margot and Drake. It’s literally their love language. I’m a little bummed that there’s no epilogue in this book, but if the next story picks up where this one left off then I’ll be happy!
*I received a copy of this book from Bethany House through NetGalley and am under no obligation to provide a positive review. All opinions are my own.

INKWELL REVIEWER REBECCA MANEY is offering a special gift to celebrate her love of Roseanna's series.  She's offering a paperback of A SONG UNHEARD where we first meet the heroine of THE NUMBER OF LOVE.