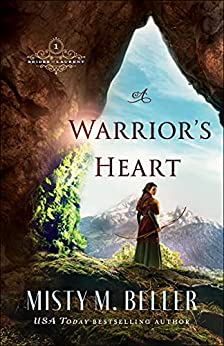 Getting shot in his mid-section with an arrow by a she-warrior wasn't exactly the most pleasant of introductions, but Evan MacManus was thankful to be alive, even if he was lying helplessly on the cold floor of a cave-like dungeon battling a befuddled, pain-riddled brain. "From where do you hail, monsieur", she dared to ask; what a loaded question. Evan's mission deep within the borders of the Canadian Rockies was one that he was sworn to protect; for his countrymen depended on his ability to keep a secret.

He was an outsider, and outsiders were dangerous. Based on past experience, the cave dwellers were necessarily wary of strangers, and this man had wandered into their territory uninvited and unannounced. The question remained, what to do with him? The Laurent council would decide of course, but as Brielle Durand spends time with Evan serving as one of his guards, she begins to unravel his motives, a man whom she is certain is telling portions of the truth, rather than the whole of it.

Never have conversations in a cave been more entertaining! And promising! And a call to prayer; for Evan and Brielle are destined to learn that some things are best left up to God Himself to figure out, for "The effectual fervent prayer of a righteous man availeth much." What a nice beginning to a new series, by a very talented story-teller.

*I received a copy of this book from the author and publisher. The thoughts and opinions stated above are entirely my own. 3.5 stars
BackCover Blurb:
Her heart longs for peace, but peace won't keep them safe.

Brielle Durand is still haunted by the massacre that killed her mother a dozen years before. Vowing to never let it happen again, she's risen to be the key defender for her people's peace-loving French settlement living in hidden caves in the Canadian Rockies. When a foreigner wanders too near to their secret home, she has no choice but to disarm and capture him. But now, what to do with this man who insists he can be trusted?

Hoping to escape past regrets, Evan MacManus ventured into the unknown, assigned to discover if the northern mountains contain an explosive mineral that might help America win the War of 1812. Despite being taken prisoner, Evan is determined to complete his mission. But when that assignment becomes at odds with his growing appreciation of the villagers and Brielle, does he follow through on his promise to his government or take a risk on where his heart is leading him? Either choice will cause harm to someone.