LOST DOWN DEEP by Sara Davison, Reviewed by Rebecca Maney 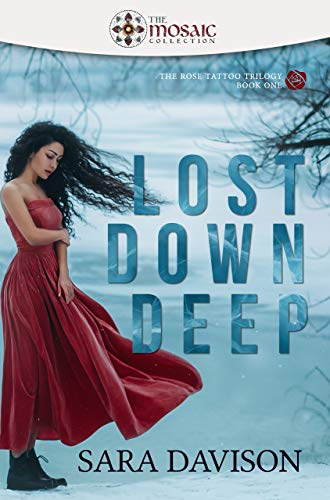 "The house should have been completely quiet."

After being brutally assaulted in her own home, Summer Velasquez recovers slowly from a traumatic brain injury followed by retrograde amnesia, meaning that she doesn't remember anything about her assailant, the attack, or even the past few years of her life. Knowing that she is putting the welfare of her parents in jeopardy if she returns directly home from the hospital, Summer makes a harried decision . . . she runs.

Following Summer to the small town of Elora, Ontario, Ryan Taylor befriends her, after all he is in no immediate danger of being recognized, for Summer shows no signs of remembering who he is. But something down deep inside of her must still be drawn to him, for Ryan sees flashes of their previous connection in her eyes before it quickly clouds over to mild confusion and eventually suspicion. Can he protect her from the real and present danger? Will forgiveness be able to repair what was so tragically damaged? Is God really big enough to lift their burdens, to be a "refuge and fortress . . . what could provide more safety and peace of mind than that?" Angels? They were going to need those, too.

Enjoy this creative twist on romantic suspense! There's a lot you don't know, until you do.
*I purchased this book and was under no obligation to provide a positive review. 3.5 stars

BackCover Blurb:
She is the only one who can tell the police who attacked her in her home. If only she could remember …Summer Velasquez is on the run from a man she has no recollection of after an attack she can’t recall.Every face in the crowd is a potential suspect, so how is Summer supposed to know who is a threat to her and who isn’t?After fleeing her assailant and the parents who lied to her about what happened, she changes her name and seeks refuge in Elora, Ontario.

The small town feels familiar, although she has no memory of ever having been here. Even in what should be a safe place, she can’t shake the feeling that she is being watched.When Ryan Taylor strolls into the Taste of Heaven Café where she works, Summer is immediately drawn to him. However, he may not be who he says he is either. As her suspicions grow, Summer prepares to run again.But at least one person is determined to stop her. Permanently. And if she can’t remember who he is, this time he may succeed.

April 2020
Available in digital ebook and paperback at Amazon
Posted by Debra E. Marvin at October 15, 2021